Together with travel and tourism, the events industry is amongst those experiencing the biggest negative impact from Covid19, as social distancing measures effectively continue to put a hold on traditional events. Predictions still indicate a 46% decline on a global level in 2020 alone. 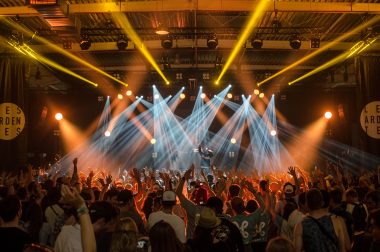 However, the decline in Britain is expected to be even bigger – at 50%, which translates into a drop in the economy of GBP 25 billion.

Although the market is expected to see some movement towards “pre-Covid19 conditions” in the months and years to come, and several new virtual event-types are emerging, the impact of Covid19 measures are expected to have a long-lasting effect. During the next 5 years, the accumulated decline in the Events industry economics could surpass GBP 100 billion.

A recent study performed by global Events industry leader Evendo reveals a significant decline in customer demand for “traditional” event offerings – typically events, where groups of people are together in confined spaces indoors or outdoors. Although the market is expected to somewhat recover, the current outlook for 2020 is chilling compared to 2019.

Kasper Larsen, CEO of Evendo says: “As different countries have varying preferences when it comes to events – the composition of demand in those countries will also result in differing impacts on their national economies.

Unsurprisingly, the biggest decline is seen in demand for Group Indoor activities. Such activities include popular Escape Rooms and are those most impacted by Covid19 restrictions and national guidelines. As this type of activity is also in greater demand in Britain than in for example the United States, the British Event Industry is facing a bigger decline than other countries in absolute numbers.

From the expected total decline in the British Event industry, the decline in Group Indoor activities makes up for 65% – a decline of GBP 17 billion in 2020 alone.

Are virtual events taking over?

Over the past few years, the events industry saw the inevitable introduction of virtual experiences and activities alongside the increasing mass adoption of group video tools such as Zoom. Once Covid19 hit, virtual experiences grew exponentially as customers began looking for new ways to get around close contact groupings. Does this mean that these “virtual” events are now taking over from “traditional” events? The answer is: To some extent. 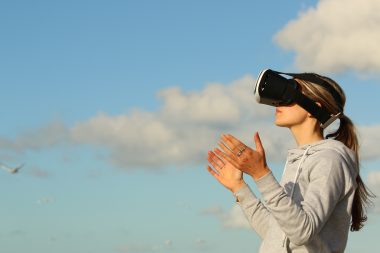 As 62% of the total demand for virtual experiences originates from United States, the positive impact from the increase in demand for these, does not contribute as much in Britain.

In addition, the relative demand for virtual experiences is expected to decrease over time as well, although it is also expected to settle at a level above “pre-Covid19.”

To read Evendo’s report on the impact of COVID-19 on the Events industry in full please visit: http://about.evendo.com/resources/virtualevents/

The Killers’ star is still blazing like a rebel diamond

GARDENING TIME: How to combine veg and flowers in pots