ITV's I'm A Celebrity, Get Me Out Of Here - why the RSPCA are concerned for the animals

The RSPCA say they have serious concerns about the welfare of animals featured on the new UK-based ‘I’m a Celebrity’ TV show, which began airing on Sunday. 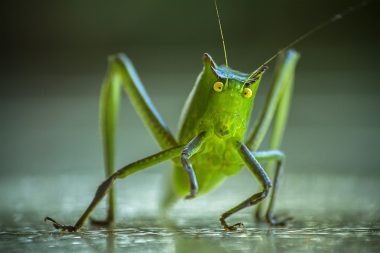 A statement on the RSPCA’s website says: “Since ‘I’m a Celebrity’ was first aired, animals have been dropped, thrown, handled roughly, crushed, chased, overcrowded, scared by contestants and prevented from escaping from stressful experiences.”

They say there have also been incidents where animals have been killed for no other purpose than entertainment.

They continue: “The show’s messaging and the potential to prompt people to try and copy the ‘bushtucker trials’ at home for entertainment is also worrying and we feel that deliberately portraying certain species as nasty or frightening or as objects that can be used purely for entertainment rather than sentient, living creatures sends out totally the wrong message”.

Throughout the years, the RSPCA state they have raised concerns with the production company about how animals were being treated on the Australia-based programme, but they say they never received a response from the show.

Their statement continues: “We were very pleased when the show’s production company got in touch with us in the planning stages of this year’s series, set here in the UK. We spoke to them about changing the way they use animals along with the change of continent – perhaps introducing welfare-friendly alternatives to animal use in the trials.

What the RSPCA are doing about it now

The RSPCA say they will continue to urge ITV and the production company to rethink the way they use animals in I’m A Celebrity and replace the challenges with animal-friendly alternatives. They add: “We’ll be watching the programme and will flag up any concerns we have to the producers.

“Unfortunately, a number of the animals used in the challenges, such as cockroaches and crickets, are invertebrates and aren’t covered by the Animal Welfare Act or the Performing Animals Act, which apply in Wales.

“This means they have little protection under the law. However, if we’re alerted to concerns about other animals which are covered by these laws being caused suffering or distress during this programme, we’ll look into this, and, where appropriate, investigate. Where we can act, we will.”

Are you an animal lover and want to help?

The best way to take action if you’re unhappy about anything you see on television is to contact Ofcom by clicking here. Ofcom are the UK’s communications regulator.

You can also contact ITV directly to voice any concerns for animal welfare on their programme by clicking here.

Homeschooling? Take off with these Flightsize Lessons

Nicky Campbell: How my dog helped me through my breakdown

It’s National Love Your Pet Day: How are you celebrating?