We’re used to seeing Strictly head judge Shirley Ballas in sequins and spangles, mile-high heels, not a false eyelash out of place or a painted nail chipped, as she offers contestants her words of wisdom and encouragement. 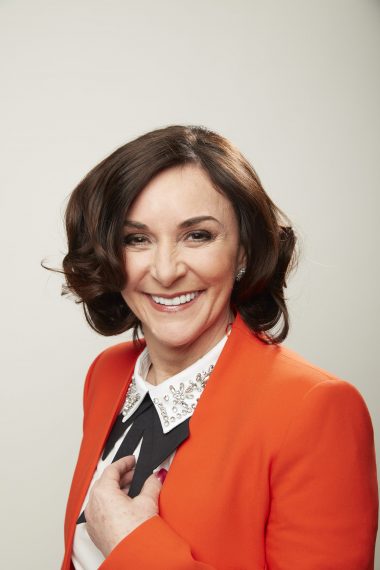 But today, the normally up-beat ‘Queen of Latin’ and no-nonsense judge has just returned a little tearful from a meeting with her counsellor, sparked by the heartache she has been reliving by writing her memoir, Behind The Sequins.

For all the sparkle and shine, a hugely successful dance career and the top slot in TV’s top show, Ballas, 60, has endured more than her share of trauma, including two failed marriages and her brother’s death.

“It’s been a bit of an emotional rollercoaster,” says Ballas, who supports the mental health charity CALM (Campaign Against Living Miserably). She has had counselling on and off for many years, but sought help after opening up ‘Pandora’s box’ to complete the book.

“But I thought, when you get this job on Strictly it can be a platform for people to be inspired. It was such a difficult journey for myself – and still continues to be a difficult journey to this day – and I wanted my son (Mark) to get a better perspective of his mother.”

She’s been in lockdown at her London home with her 83-year-old mother Audrey and her boyfriend (below), actor Daniel Taylor, 47, whom she met in panto. They’ve been together for 18 months. 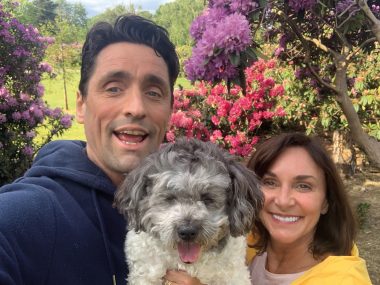 She says of Taylor: “He’s also been through this difficult journey and now, as my emotions become a little bit more triggered, I think he sees another side of me that perhaps he hasn’t seen before.

“He’s very complimentary and loves me just the way I am. Of course, there is a honeymoon period which will pass, but I’m optimistic for the future.”

However, she’s not sure if she’ll marry again.

“Danny thinks, everything is going well the way it is, so is it necessary for a marriage certificate to say that you’re in a great relationship? We’ve talked about it, but we’ll have to wait and see.”

The memoir charts her life, from her working class beginnings in her hometown of Wallasey in the Wirral to the ballrooms of the world, winning major competitions with her two (now ex) husbands, teaching Tom Cruise to dance, clinching the top judge job at Strictly, a spat with Craig Revel Horwood and suffering the fallout from a scathing interview given by her ex-husband Corky Ballas after she got the job. They’ve hardly been in touch since and you sense that her ex’s barbed comments still rankle.

“He said, I enjoyed dancing with her but I hated her as a person. And he called my mother a termite – the woman who’d given up 21 years of her life to raise our child so we could travel and become these dance icons.”

Brought up by her mother on a tough housing estate – her father left when she was two – Shirley Rich started dancing at the age of seven. Audrey, to whom she dedicates the book, took on a variety of jobs to pay for her daughter’s lessons.

She left home at 14, dancing competitively during her teens and married her first husband, professional dancer Sammy Stopford, at 19.

A string of trophies followed for the couple but the chemistry they had on the dance floor didn’t extend to home life and they divorced five years later, when she dramatically moved to Texas to be with wealthy Corky Ballas, with whom she also went on to win major dance competitions.

They were married for 23 years before eventually separating in 2003 but it was a tumultuous relationship, one that gnawed away at her self-esteem, she recalls.

Even now, she isn’t happy with her body image. She’s had liposuction, breast implants (and implant removals) but still doesn’t like how she looks.

“I think that the surgeon did an amazing job on my boobs. I have scars underneath which Danny says look like two smiley faces. As for body image, it doesn’t matter how much reassurance I get, I wouldn’t get up in the morning and stand in front of the mirror.”

But it was the death of her brother, David, aged 44, in 2003, which remains the biggest heartache of her life.

He had looked after her, on the housing estate they grew up on, while Audrey went to work and had been there for her through thick and thin.

She recalls that in the last year of his life, David had suffered with depression and anxiety, so much so that his mother stayed with him to look after him.

In December 2003, Ballas was in London where her son was performing in a carol concert and invited her mother and brother to go. David declined but Audrey reluctantly travelled down to support her grandson, at her daughter’s insistence.

The next morning, police arrived to tell them that David had died. He had taken his own life.

She says: “My brother was always my go-to person. Every day at four o’clock I’d talk to him. I’d be able to rant and rage. I could really trust David and he didn’t judge.

“I still harbour terrible guilt about it. I’m having an emotional day and when I have to bring up ex-husbands and the death of my brother, it all accumulates into one emotional ball, which I’m trying very much to understand.

“Bits happen in your life and you deal with that particular bit at a particular time and then you put it in Pandora’s box and put that episode away. But when you open it up, like I did today, I feel like my life at the moment is very scattered, like everything’s out of the box and I’m trying to gather it all to bring it back to one place.

“I’ve lived with his suicide for 17 years. People tell you it gets better but it doesn’t. It’s constantly somewhere at the front of my mind.”

As the tears start to fall, she sits up, composes herself and we move on to the forthcoming series of Strictly. 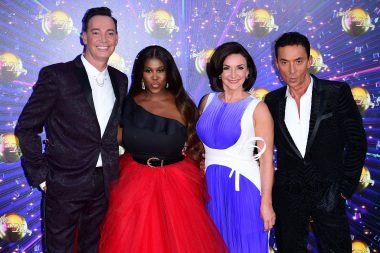 She gets on well with her fellow judges, although she had one infamous spat with Craig Revel Horwood when he reportedly made some disparaging comments about her appearance when she first joined the show.

“That’s been ironed out,” she says now, adding: “We’ve got past that now, I’ve done some jobs with him and I find him a unique character with a very caring heart.

“As for Bruno, I just want to put him in my handbag and take him everywhere with me.”

Ballas is still teaching dance privately but has no thoughts of leaving the show.

“I’d like to think that I’d be on Strictly till the day I pop my clogs,” she smiles. “But as we’ve seen with other people who have a job one minute and not the next, that’s not always the case.”

Behind The Sequins by Shirley Ballas is published by BBC Books, priced £20. The Strictly Come Dancing launch show is on BBC1 on October 17.

Bookcase: Reviews include The Other Black Girl by Zakiya Dalila Harris and I Couldn’t Love You More by Esther Freud

Motoring: VW Tiguan gets an ‘R’ version – but does it make a top combination?

Greener fuel is on its way