All lanes have now been reopened on the M5 between Droitwich and Bromsgrove, following lorry fire

ALL Lanes have now reopened on the M5 motorway between Droitwich and Bromsgrove following the lorry fire which happened earlier.

Four crews battled the HGV blaze on the northbound carriageway between Junctions 5 and 4a. 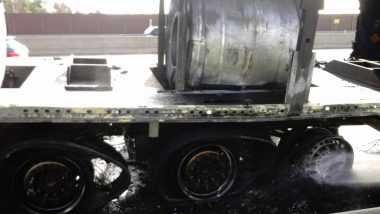 Two lanes of the northbound carriageway had to be closed while the incident was dealt with by the emergency services.