WYTHALL resident Betty Webb was a codebreaker at the top-secret Bletchley Park in 1945 and was permitted a day’s leave on May 8 to enjoy the VE Day celebrations in London.

Betty, who was by the Thames in the capital to celebrate Victory in Europe Day, said: “There were so many people that I really didn’t have to consciously walk, I was just carried along with the mob.” 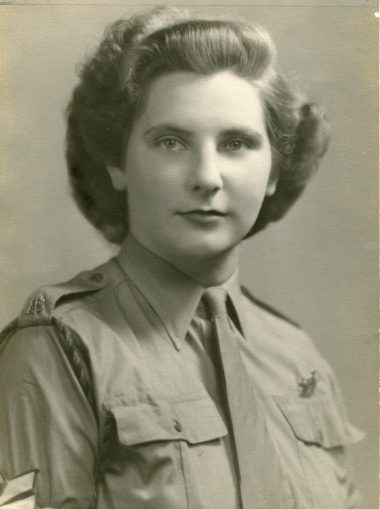 As she was working in the Japanese section at Bletchley, she had to return to Buckinghamshire later that day to be ready for work as normal the next morning.

ABF The Soldiers’ Charity is the Army’s national charity, formed in 1944 to provide a lifetime of support to soldiers, veterans and their families when they are in need.

In the past year, it has helped 70,000 members of the Army family in 68 countries across the globe and funded 92 other charities and organisations to deliver specialist services.

While there is a British Army, there will be The Soldier’ Charity. www.soldierscharity.org