A DEVASTATED dad will take to his beloved canoe and paddle the 220 miles of the River Severn ‘from source to sea’ in memory of his three-year-old son.

Steve Boaz will embark on the epic challenge to remember three-year-old Jack who tragically passed away in September from a rare form of leukaemia.

After being taken to A&E from his home in Crowle, the youngster was transferred to Birmingham Children’s Hospital where his health deteriorated in just 10 weeks, devastating his parents and older sister and brother.

“Our lives were shattered and never to be the same again. A loss so painful no parent should have to go through,” the 41-year-old said.

The ‘Paddle for Jack’ challenge will see Steve and Jack’s godfather Andy Morris paddle their way over nine days from the source of the river in mid-Wales to Severn Beach where it meets the sea, camping overnight along the route.

Steve has organised the epic bid through his ‘Captain Chaos’ challenges Facebook page, Jack’s nickname to his loving parents. 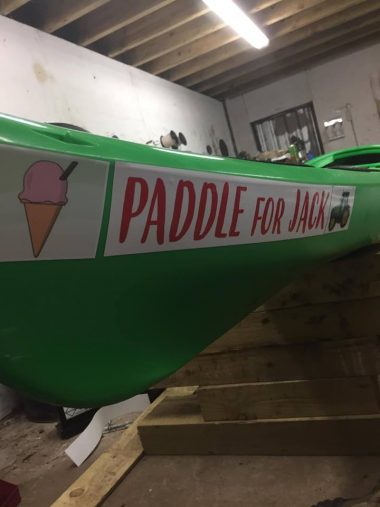 The pair will be joined by numerous friends along the way in a bid to raise money for both Birmingham Children’s Hospital and the Grace Kelly Childhood Cancer Trust.

Their quest begins on Saturday (May 4) with a 15 mile walk from the source into Llanidloes where locals and supporters will wave them off the following day (Sunday) on the first 16 miles of the journey to Newtown.

A further 18 miles follows on Monday into Welshpool before a 30 mile paddle to Montford Bridge on Tuesday.

The pair face a staggering 36 miles next Wednesday (May 8) to reach Ironbridge before another 31 mile effort on Thursday to reach Holt Lock.

After a charity raffle and quiz night at the Lenchford Inn that evening the following day will be’ Pirate Day’.

Around 20 ‘Pirates’ will take to the water in donated canoes alongside Steve and Andy as they make their way the 32 miles from Holt Lock to Tewkesbury.

A 24 mile paddle along the Sharpness Canal from Tewkesbury is on offer next Saturday before the challenge comes to a close 24 hours later with a 20 mile walk from Sharpness to the finish line at Severn Beach. 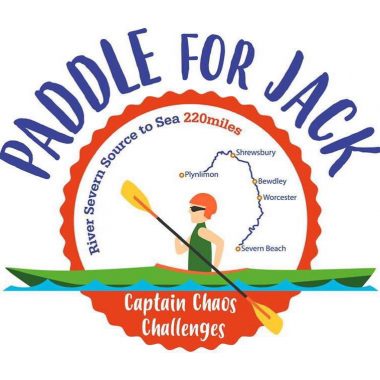 Steve was inspired to revive his childhood love of water sports after buying a canoe in September 2017. He took his three children out on the water last May where Jack had ‘the biggest smile on his face’.

The proud dad suffers with Usher Syndrome, tunnel vision which means he is unable to drive but can paddle a canoe and he also broke both his heels in an accident several years ago.

“It’s been a lot of planning with many people involved, I’ve gone over the top but that’s the sort of character I am,” he told the Observer.

“When Jack fell ill there was only 10 weeks from when we took him to hospital to when we lost him. There was no time to think about losing him, people felt there was nothing they could do to help us as a family,” he added.

Visit uk.virginmoneygiving.com/SteveBoaz or search for Captain Chaos Challenges on Facebook for more.