TWO CATS – a feisty one and a moggy with a heart condition – are looking for  a new home together after striking up an inseparable friendship at the RSPCA in Worcester.

Tabby Sparta had made her home on an industrial estate in Droitwich where she was being fed by some of the staff who worked there.

They contacted the RSPCA for help and she arrived at the charity’s Worcester branch in November, along with her two four-week-old kittens who were later discovered at the site. 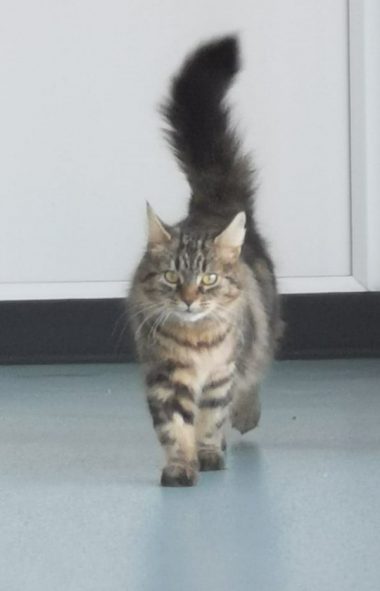 Once Sparta’s kittens were old enough they were rehomed and now the branch’s 300th cat is looking for a similar ending.

Sparta was very nervous but her life changed when she met Albert, a cat with a heart condition, and they got together over the festive season.

Daniel Spencer, supervisor at RSPCA Worcester, said: “Poor Sparta was not having much luck until she met Albert.

“She was very nervous when she first came into our care.

“She would hiss and spit and swipe so we initially thought perhaps an outdoor home where she can do her own thing would suit her best.

“However, over the Christmas period, as there were less people around she gained a bit of confidence and started to mooch around the hallways and was eager to see the other cats.

“We soon realised she is incredibly sociable with other cats.”

It was at that point when she met Albert, a lovely cat with cardiomyopathy, and the pair have been inseparable ever since. 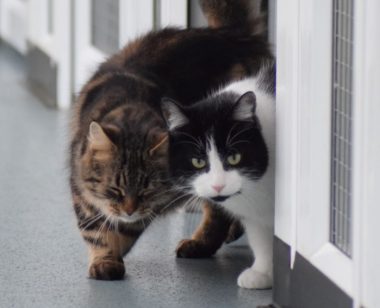 They will rub up against each other and have now started curling up and sleeping in the same bed.

This also improved Sparta’s confidence with people, with another cat by her side, she would let us stroke and fuss her.

Daniel added: “We’d really like to rehome them together as they have developed such a close bond and having a cat friend around really helps to calm Sparta.”

Albert, the black and white cat, was also a stray, living in a cat colony before he ended up in RSPCA care.

Thankfully his heart condition is not stopping Albert live his life to the fullest and the branch can give further advice on his condition to any potential adopters.

Daniel said: “It really does show that some cats just need a bit of time, attention, and in Sparta’s case a lovely cat friend to help them come out of their shell.”

Anyone who can offer Sparta and Albert a loving home should call the RSPCA Worcester and Mid-Worcestershire branch on 01905 821272.