THE NEW Mayor of Droitwich Spa, Coun Bill Moy, had the first engagement of his term on Saturday at the town’s Young Firefighters’ passing out parade. 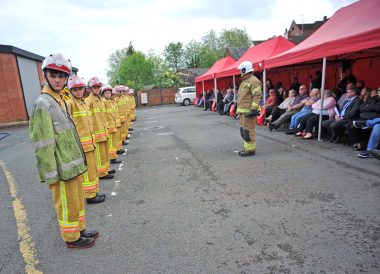 More than 100 guests, friends and families turned out to celebrate the achievements of the 16 new members.

The teenagers demonstrated a number of skills and drills they had learned, including a car fire, house blaze and a dramatic road crash with an injured driver and a passenger who had smashed through the windscreen. 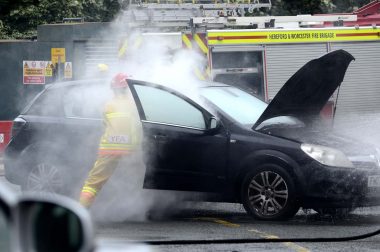 At the end of the event the young people were presented with their certificates.

Coun Moy said: “I thought I was going to enjoy it before I went but it exceeded all my expectations.

“If this is an example of the Droitwich Spa youth we should all be very proud.

“The young firefighters association provides them with a good grounding for their education. 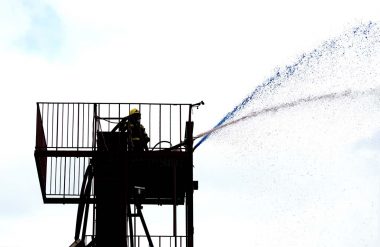 “It was a fantastic event – we were there for three hours but the time flew by.”

THE MAYOR visited residents at the other end of the town’s age range on Tuesday when he attended the coffee morning put on by the Droitwich Spa Area Forum for Older People.

“We talked about the transportation provided for the older residents and everyone was so friendly and accommodating.

“It has been a great first week in my role as Mayor,” added Coun Moy.