A DROITWICH woman will be taking on a 100mile bike ride in memory of her husband who lost his battle with cancer of the esophagus.

Beccy Ricketts will be thinking about Neil when she lines up for the Birmingham Velo on Sunday, May 12.

Neil was diagnosed with the disease in September 2017 and passed away in the December 2017.

“I miss Neil every single day but I know he is with me in the memories I constantly recall, the stories that friends tell and the mannerisms and characteristics that are in the children and my new grandchild.”

After Neil died, Beccy wanted to take up some new activities and started Nordic Walking in January last year and paddle boarding in September.

Keen cyclist Jo had signed up for the Velo but had no-one to accompany her.

Beccy said: “It was the least I could do for Jo – I’m generally fit so thought I would give it a go.”

She only got on a bike for the first time in January and Sunday will be her 12th ride.

Beccy, who runs the Droitwich-based ADR Transport, said: “I am filling voids and a lot of them.

“I never asked to become a widow, a single parent, a sole business owner and all the other titles you become when losing your spouse.

“Life since December 2017 has been tough.

“It has been like the bike rides – undulating and at times unforgiving.

“I have had to get on with it and keep pedalling.

“Those pesky hills are still pesky but they are getting easier and I am getting stronger, fitter and healthier in mind, body and spirit.”

The 46-year-old built up her distance riding and on April 13 managed 82.13miles in six hours and 53 minutes.

Beccy will be raising funds for the Worcestershire Homeless Appeal which was started three years ago by Ashlea and Sarah Stone.

“Neil and I would always help the homeless and at his funeral we asked for donations and people generously gave £2,000.

“It enabled the charity to get a van and they dedicated it to Neil’s memory which was lovely.” 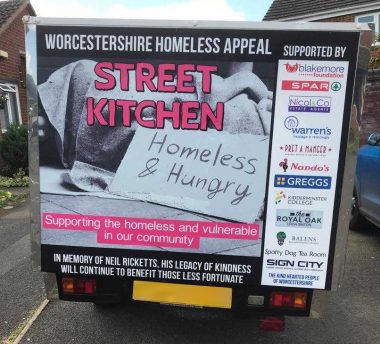 The appeal now collects unsold food on a weekly basis from supermarkets and has just acquired a chiller van to transport it. 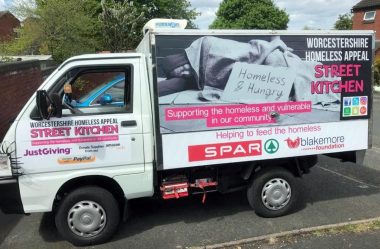 Beccy pledged £100 towards the £1,000 cost to get it on the road but donations for her Velo challenge has taken her total to £800 and she is now hoping to raise the whole amount needed.