A CRIMINAL on the run who caused £30,000 worth of damage to police vehicles and injured several officers during a police pursuit has been jailed for 22 months.

The incident happened on May 18 when Irfan Mohammed was spotted on the M5, near Droitwich, in a white Luton style van which had been stolen from Coleshill in Birmingham the day before. 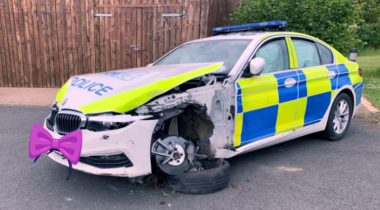 After police tried to stop the vehicle the 30-year-old drove off in a bid to avoid capture and a pursuit ensued.

Mohammed drove at three police cars in a bid to get away, causing extensive damage to the vehicles and injuring five officers in the process.

When the chase reached Salwarpe Road the officers managed to force the van into bushes at the side of the road. 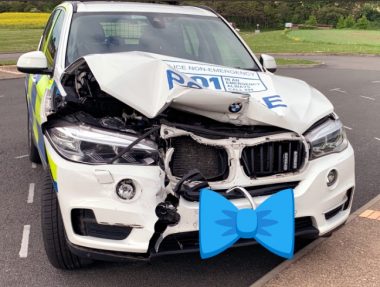 Unperturbed he then tried to flee on foot and was apprehended by officers and a police dog.

The next day he was charged with aggravated vehicle taking, dangerous driving, driving without insurance and possession of cannabis. 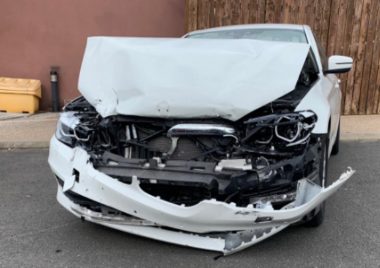 And yesterday at Worcester Crown Court he pleaded guilty to those offences and was handed the jail term.

He was also banned from driving for five years and 11 months and ordered to take a retest once he had completed it.

Irfan Mohammed has now been sentenced to 22 months in prison for this horrendous display of dangerous driving. 3 vehicles damaged & 5 officers injured. The pursuit was ended by OPU officers using tactical contact (1417) pic.twitter.com/0IJDGHxi4j

Following the hearing Det Insp Ed Slough welcomed the sentence, which was the maximum one that could have been given out for the offences committed.

“The officers in pursuit showed great skill and courage in continuing the pursuit and apprehending Mohammad.

“This incident put the public at risk and had the potential to have devastating consequences.

“We will not tolerate dangerous driving on our roads.

“We are committed to improving road safety to ensure that every effort is made to bring offenders to justice, so we hope this sentence serves as a warning to others to drive safely at all times.”