Man rescued from scaffolding in Droitwich after becoming unwell

FIREFIGHTERS rescued a man who became ill whilst working at height in Droitwich yesterday morning. 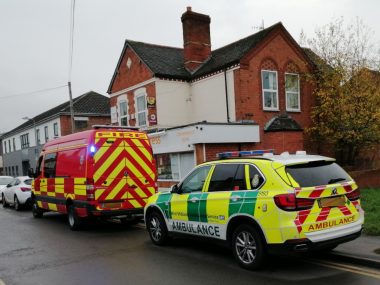 The man in his 30s felt unwell whilst he was on a scaffolding platform in Ombersley Street West near the junction with Westcroft Court.

Fire crews from Worcester, Droitwich and Malvern used a triple extension ladder to get him to the ground.

West Midlands Ambulance Service paramedics assessed him at the scene before taking him to the Worcestershire Royal Hospital.

The ambulance service’s Hazardous Area Rescue Team attended, along with an ambulance and two paramedic officers.