On Sunday night at 9.10pm officers received reports of a car cruise gathering in the town on the stretch of the A38 between Bear and Homebase islands which has long been a magnet for boy racers. 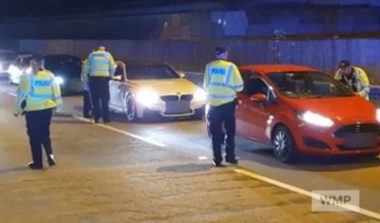 They were moved on and then at Bassetts Pole, where there is a car cruising injunction in place, a large number of officers from West Midlands Police were waiting.

It was part of the pre-planned Operation Hercules, aimed at stopping those drivers who use roads like race tracks.

Of those stopped, 85 were issued with Section 59 warnings which means if their vehicles are caught being driven dangerously or anti-socially in the next 12 months they will be seized by police. 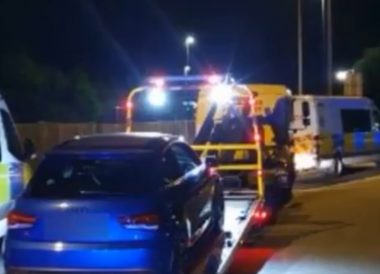 A further 180 were reported for breaching the car cruising injunction and action was taken against others with illegal registration plates, illegal tints on their windows and for breaching Covid-19 restrictions.

Sgt Sarah Kent from Droitwich Safer Neighbourhood Team praised those who reported seeing people gathering, adding it was much better for the police to get there early and stop any racing before it started.

“As well as the dangerous driving, it also poses a risk of serious injury or death to those who go along to see it.

“Many of the participants think they are Formula One drivers but in reality many of them have only just past their test.

“At organised races there are tyre walls and barriers to protect spectators – this is not the case here.” 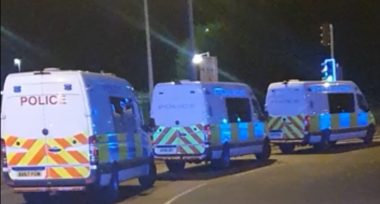 She said she was grateful for the action taken by West Midlands Police and added she hoped the sheer volume of drivers now with Section 59s would mean there would be less of these gatherings in Droitwich as the same people seemed to attend the different meetings.

Last week The Standard received a letter from a concerned resident about noisy modified vehicles being driven at speed and aggressively on the A38 by-pass.

The writer, who wants to remain anonymous, said: “This situation has created a number of issues including the safety of the speeding drivers and riders themselves and other road users including motorists, cyclists and pedestrians who do cross directly over this road.”

He also called for the speed limit to be reduced to 30mph and enforced with speed cameras.