Mum and son's praise for the Worcestershire Royal after cancer battles

A MUM and her son have thanked their ‘second family’ at Worcestershire Royal Hospital after beating cancer together. 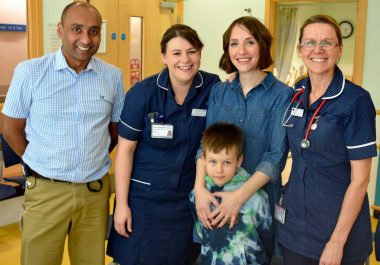 The brave pair, who were living in Bromsgrove during their battles, underwent three years of chemotherapy at the Worcester hospital.

Since then, they have both entered remission.

Vici said: “When George was first taken into hospital to get his diagnosis I was still in recovery myself. The staff at the hospital were amazing and I honestly can’t praise them enough.

“Whenever me and George were there together they were just brilliant.”

After completing her treatment Vici and her husband Jamie moved from Bromsgrove to Tenby in Wales.

But rather than transfer George’s ongoing treatment to a local hospital they decided to keep him at Worcestershire Royal.

“The monthly seven-hour round trip was worth it because the care was so outstanding,” said Vici. 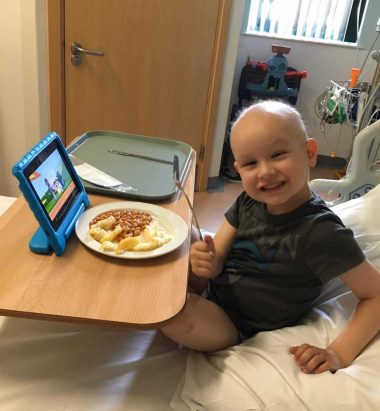 “The staff are so knowledgeable and attentive and we had complete trust in them.”

Despite an extremely testing few years for the family, Vici and Jamie have been able to give George a relatively normal childhood. He plays football, goes swimming and is doing very well in his school studies.

Dawn Forbes, part of the children’s cancer team at Worcestershire Royal, said: “It was an absolute pleasure to care for George and his family over the last three years.

“George was very brave throughout his treatment and we are in awe of his parents who have also shown immense resilience throughout.”