SIGHTINGS of insects, including bees, moths and butterflies, are being sought to help the Worcestershire Wildlife Trust find out more about how many they are in the county.

The conservation charity also wants people to submit photographs of one of the six species they are tracking. 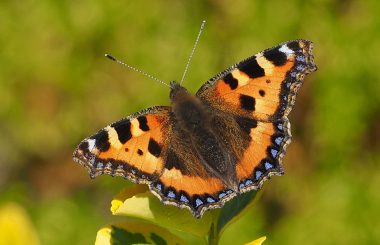 Nick Packham, the trust’s senior engagement officer, said 41 per cent of insect species were facing extinction so the charity needs to know whereabouts they are flourishing.

“By sending in a photo and letting us know where six of our easily recognised species are, we can start to build a picture of how insects are faring in our county.”

People do not have to be experts to make a valuable contribution and only need to fill out a quick and easy form online. 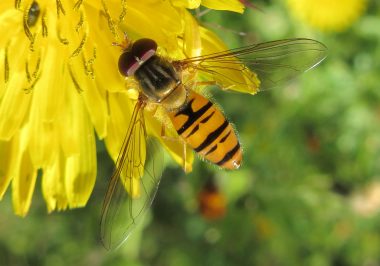 Nick added: “Helping us to record wildlife is an easy way to get involved in wildlife conservation – it helps us to understand why wildlife is found where and in what numbers. In turn, this helps us to identify any areas that are particularly important or that lack these species.”

More than 140 sightings have already been submitted since May which the trust said was a great start and September and October are peak times for seeing the creatures in question. 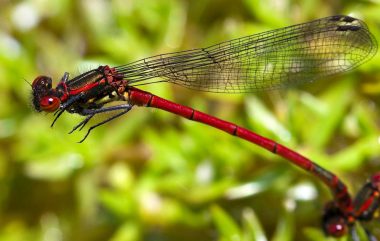 Among them are the hummingbird hawk-moths, the common carder bee, the small tortoiseshell butterfly, seven spot ladybirds, large red damselfly and the marmalade hoverfly.

So far Malvern has had the most sightings with 40, next is Evesham and Pershore with 24 and Worcester (24).

The insects concerned have been spotted 17 times in Bromsgrove, 13 in Redditch and 11 in Droitwich Spa.

The trust said insects faced two main problems – loss of habitats and overuse of pesticides – and were dying out eight times faster than larger animals.

Their loss impacts everyone as insects pollinate more than a third of our food crops, along with garden flowers and they are a main source of food for birds, small mammals and fish.

Visit worcswildlifetrust.co.uk/wildlife-sightings for more information and pictures and to fill out the online form and upload pictures.

The Trust is working with members of Worcestershire Recorders, experts in identifying and recording the county’s wildlife, and Worcestershire Biological Records Centre, the organisation responsibly for holding all records of flora and fauna.