A NEW Indian restaurant has opened in Droitwich, bringing 12 new jobs to the town.

Entouraj, on Kidderminster Road, Cutnall Green and is the sixth restaurant launched by entrepreneur Shah Hussain who also runs eateries in Oxford, Leicester and Gaydon.

The business was made possible with the help from a six-figure loan from Lloyds Bank Commercial Banking.

Shah’s latest venture is in partnership with his business associate Ameer Hussain and the new restaurant blends traditional Indian recipes with modern flavours. 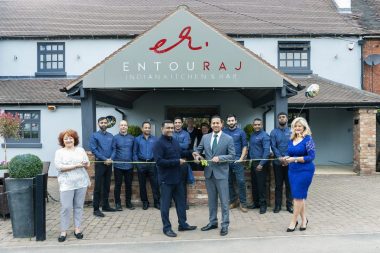 The former pub has been revamped and has had a new kitchen installed, along with additional seating for diners.

Shah has more than 30 years of experience in the catering industry and has hired award-winning Sudha Saha as Entouraj’s head chef.

The 12 new jobs include waiting staff and cooks and the business is expected to turnover £600,000 in its first year.

Shah said: “I’ve always loved cooking and it has been a dream of mine to own my own restaurant.

“To say that I’m now opening my sixth is a real milestone moment.

“We were first attracted to Cutnall Green as the area is so beautiful and when we saw the building on Kidderminster Road, we knew there was a lot we could do with it to give it a luxury but cosy and welcoming atmosphere.” 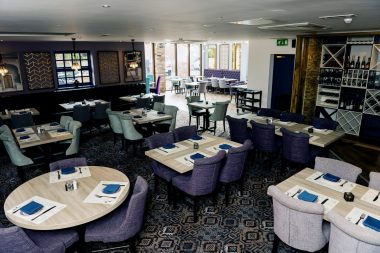 He added he had worked with Lloyds Bank for many years and was pleased to have its support for this restaurant.

“We’re looking forward to establishing our menu and bringing our homemade cooking to this local community in the Midlands.”

Noshad Khowaja, relationship manager at Lloyds Bank Commercial Banking, said: “Shah has made a name for himself across the country as someone who is passionate about creating healthy and nutritious dishes. It’s great to see his latest venture being set up right here in the Midlands.

“Ambitious businesses like Entouraj are the backbone of the local economy, which is why we’ve pledged to be by the side of businesses.

“As part of this commitment, we’re lending up to £2.5billion to Midlands firms this year.”