PERFECT socially distanced nights out are coming to Webbs Garden Centre in Wychbold which is launching a new drive-in cinema.

Films will be shown on Thursdays, Fridays, Saturdays and Sundays from July 30 to August 23.

Among the flicks being shown will be classic blockbusters and family favourites, including The Lion King, Grease, Up, The Goonies, Footloose and much, more.

As people will be in their own cars they will be with their families or friends and suitably distanced away from other viewers. 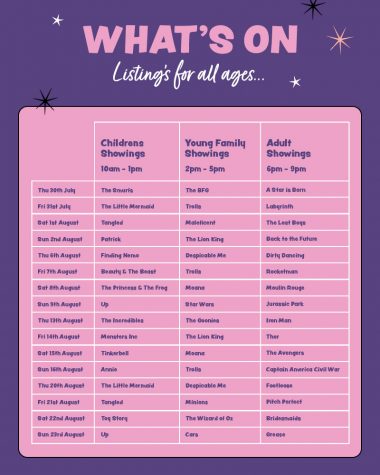 Webbs will also be offering a variety of catering for visitors, from smaller children’s snack packs, to show-stopping deluxe snack boxes, which includes traditionally British treats from Webbs’ award-winning Food Hall, including luxury and locally made pork pies, scotch eggs, snacks and drinks from Fentimans and Wych’s Brew.

Ed Webb, chairman and owner of Webbs Garden Centres, said: “After what has been a year like no other, we’re very excited to offer families from across the Midlands a relaxing day out with a difference.

“We have a fantastic range of films available, from family favourites to cult classics, as well as some much-loved comedies. Visitors are also sure to love our catering offering with some super tasty treats on offer and we can’t wait to see lots of smiley faces throughout the summer.

Three films will be shown each day with children’s films at 10am, movies for young families at 2pm and screenings for older families, friends and couples at 6pm.

Tickets start from just £20 per vehicle.

Visit www.webbs.co.uk/big-summer-drive-in-cinema/ for full information, including films and prices.

Some of the films will have age restrictions on them.