A DROITWICH PC helped make a 98-year-old war veteran and former police officer’s day after visiting him and giving him a ride in a patrol car.

John ‘Jack’ Wattis lived in Fernhill Heath for many years before moving into the Fernhill Heath Residential Home and the ride-out came as part of the home’s ‘Wish Tree’ project.

Just before the Second World War, when Jack was aged 18, he joined the police in Birmingham. 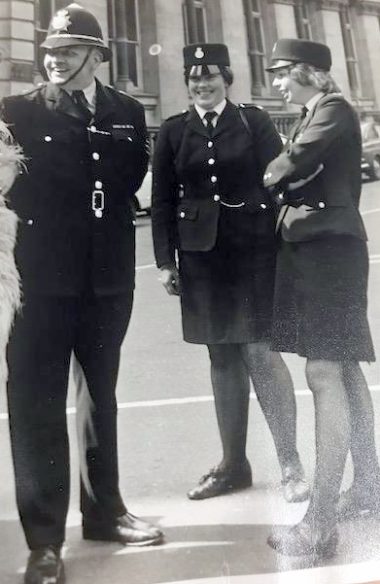 Shortly after enlisting Jack volunteered to transfer to the Air Force to help with the war effort before returning to duty as a police officer in Birmingham, working as a bobby for 35 years.

After retiring he continued to work for the police as a civilian driver and was given a commendation for his actions in helping apprehend a prisoner who pulled a knife on the officer who was travelling in the back of the car Jack was driving. 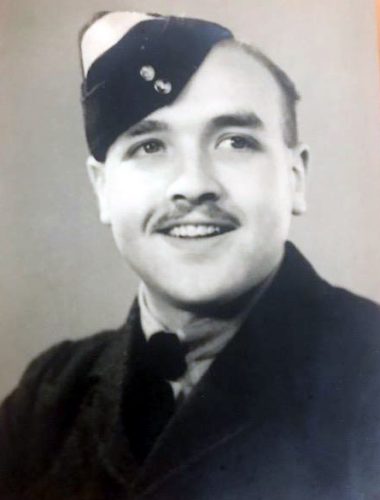 Jack regularly talks about his time in the force and shows pictures and newspaper clippings relating to his career.

Thelma O’Leary said: “As part of our Wish Tree Project we have been working with our residents and their families to try to find something which we could arrange to make a day really special for all of them.

“Jack told us he didn’t want a fuss being made over him as he was happy with his life and had done everything he wanted to do.

“This was never going to be allowed to happen.”

Thelma phoned West Mercia Police to ask if a member of the force could visit Jack so he could talk to him about his life in the force. 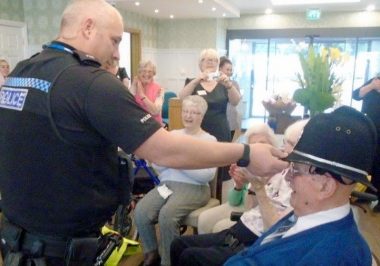 On Tuesday PC Richard Rees from Droitwich Safer Neighbourhood Team visited the home, jokingly asking Jack to report the member of staff who had forgotten to buy him his favourite mint humbugs.

Jack pointed out home manager Mike Dearn and, at PC Rees’ request, Jack helped ‘arrest’ him, leading to a cheer from the residents. 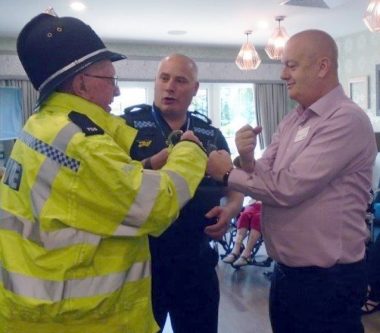 PC Rees then invited Jack for a spin in the police car with the blue lights flashing.

Thelma said Jack thoroughly enjoyed his afternoon and thanked PC Rees for taking the time to give him a special afternoon. 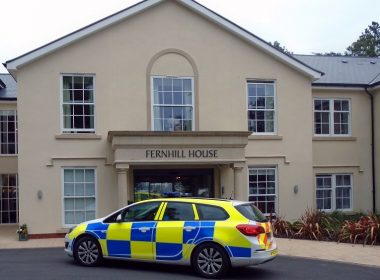 PC Rees told The Standard he immediately said yes to the visit when he was asked.

“The staff were clearly keen to do something special for Jack and it was the least I could do.

“He was a real good sport and it was heart warming seeing him enjoying himself with his friends.

“He has some very interesting stories and it was a pleasure meeting him.”