PEOPLE are being urged to have their say on the future of the Chateau Impney and the Impney Estate as part of an innovative consultation being launched today.

Owners Greyfort Group is offering up to 500 people the chance to tour the estate on golf buggies with the team explaining the ambitious plans en-route.

The tours will take place between August 2 and 7, in the morning, afternoon and evening to make them as accessible as possible with people asked to give their views at the end.

For those who want to find out more, without a site visit, a new extensive website has been launched detailing the masterplan with pictures, plans and more information. People can have their say online before the August 11 deadline for comments which will then help form a planning application.

Rod Spollon, managing director of Greyfort Group, said: “There is often scepticism about consultations – and quite rightly so on many of them.

“We are conducting this proper consultation, off our own bat, at the pre-planning stage.

“We want to get as many people as we can down here, on site, to see what we are planning for themselves so they can put their views forward.” 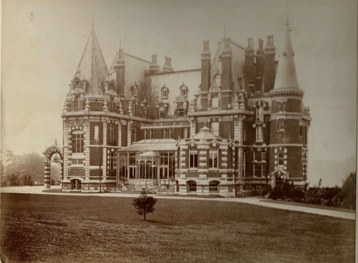 Local industrialist and Salt King John Corbett bought the land in the 1870s and created the Louis XIII style chateau – Impney Hall – in the grounds, along with ornamental gardens, a landscaped park, a walled garden and farmland.

Impney Hall began trading as a hotel in the 1920s and after the Second World War – during which time it was requisitioned by the Government – the hall was reopened under its new name the ‘Chateau Impney’.

The expansion of the hall and wider estate was undertaken in the latter half of the century to provide vast exhibition and conference facilities, accommodation blocks, residential properties and workshops.

This led to the main house losing many of its historic features, including the walled garden and some of the landscaped parkland.

The estate went into receivership in 2009 and was bought by the Greyfort Group in 2012 and served as a hotel and exhibition centre.

But in 2020, that model could not provide the estate’s ongoing investment and last March at the outbreak of the pandemic, the large events business ceased trading. 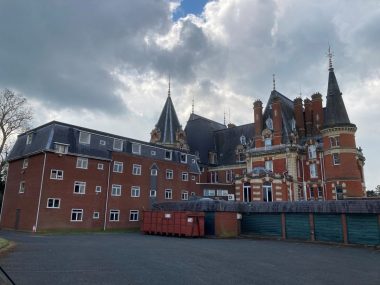 The additions (seen in the foreground) will be removed to return the hall to its former glory.

The experience of grandeur expected by hotel guests as Impney Hall was also being curtailed by the estate’s poorly constructed 20th century alterations.

The main part of the proposed masterplan will see the original Impney Hall returned to its former glory through enhancements and the demolition of the 20th century buildings and the later added access roads which would make way for replanted parkland.

This will put it closer to how it was when John Corbett had it constructed and bring about more green land and improved biodiversity and habitats for local wildlife.

Some of the current newer buildings – which would be removed – also overlook Impney Hall, impinging on its aesthetic beauty.

The proposals would see the historic house surrounded by more parkland (main picture) and there are plans for up to 200 residential properties to be built on fields on a lower part of the estate which would be screened from the main house.

Plans for the homes, which would also be surrounded by plenty of green areas, are still in the early stages and top London architects have been enlisted to ensure they are in-keeping with the overall site.

The public right of way – John Corbett Way – would also be dramatically improved and pedestrian and cycle routes wold be created to improve connectivity between the estate and Droitwich. 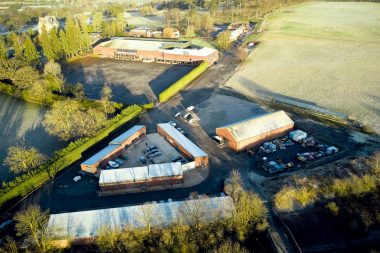 Mr Spollon added rather than taking greenbelt land, it would be more about ‘repositioning’ it and the proposals would result in the estate gaining more green areas than it currently has.

“The new redevelopment would replace obsolete and dilapidated built form with a mixed use scheme including a small residential community alongside existing employment uses and homes.

“These would be sympathetically repositioned further away from Impney Hall outside the original parkland.

“It would be a place in which Impney Hall and its setting could be uniquely appreciated by those who lived and worked there.

“As custodians of the Impney Estate, we at Greyfort Group are committed to ensuring the preservation and enhancement of one of Worcestershire’s most iconic buildings, as well as addressing one of Droitwich’s largest brownfield regeneration opportunities.”