DROITWICH’S new state-of the-art narrowboat The Pamela May 2 was launched at a special event last week.

People gathered in Vines Park for the celebration which was hosted by BBC radio presenter and Bromsgrove resident Malcolm Boyden. 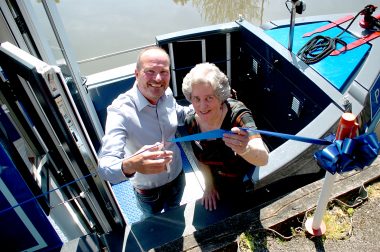 There was a special Pamela May 2 cake and the guests were able to look around the new boat.

Sarah Beauchamp, who spearheaded the fund-raising campaign with husband David, said she was completely overwhelmed.

“The turn out was amazing and it was lovely that so many people wanted to be part of the day.

“The weather could not have been more perfect – it was a fabulous occasion all round.” 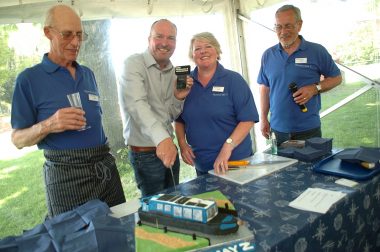 The Pamela May journey began 27 years ago when Bernard Clements, a Bromsgrove businessman, decided to build a ‘trip boat’ to take his company’s pensioners for excursions in the fresh air on the canals.

Many were frail and in care homes and it was a real treat for them. 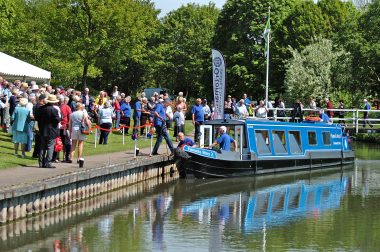 He called the boat ‘Pamela May’ after his wife Pamela, and the wife of a close friend called May who had won on the football pools and gave him money to complete the boat.

The same charitable programme is still the foundation of the trust to this day.

Pamela May 2 was specified by a group of the trust volunteers who decided on an all-electric boat with solar panels and modern control and information systems. 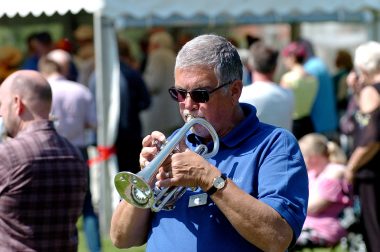 They designed the overall layout, and commissioned Ortomarine Ltd to build her and oversaw the construction and detailed build of the vessel which was was completed to a very high standard to budget and on time.

The process was a great example of the amount of talented people Droitwich has.

The fund-raising campaign for the £105,000 total cost was intensified over the period of the build with many events. 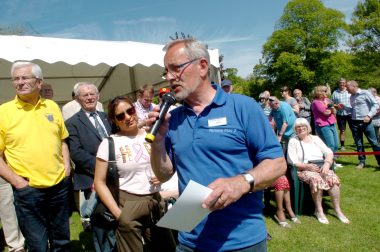 Sarah and David contributed all the takings from visitors to their beautiful garden and managed the drive.

Many sponsors and individuals made generous contributions for which the trust is truly grateful.

It really was a community effort from the whole town and Droitwich now has an asset which will give pleasure to many residents for years to come.

Work to remove ‘problematic’ trees in Droitwich to begin on Monday