ALMOST 18,000 people descended on Droitwich Spa over the weekend for this year’s new-look Salt Fest.

It began with fireworks and live music on the Friday night and after the official opening on the Saturday, Vines Park was awash with more than 160 stalls from local businesses, charities and community groups.

There were rides on the new state-of-the-art community narrowboat the Pamela May 2 and children had the chance to dress as Romans in Saltbarrow Market. 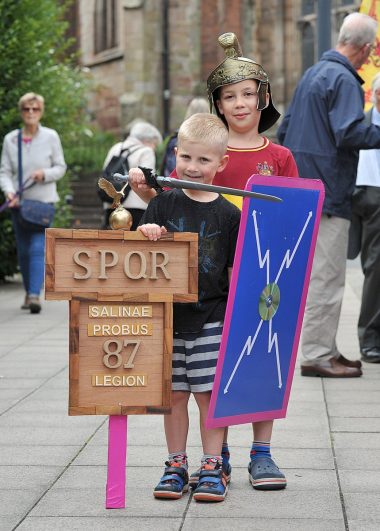 On the Sunday there was the naming ceremony of Robert Maxwell Sinclair lock gate at 10.30am before the Salvation Army service.

There was then children’s magic shows, Dave Laine’s much-acclaimed 60s tribute to the Winter Gardens, Droitwich, and a host of other bands and artists, including Ellie Goulding tribute act Chelsea Jade and local favourite ska band Skabucks. 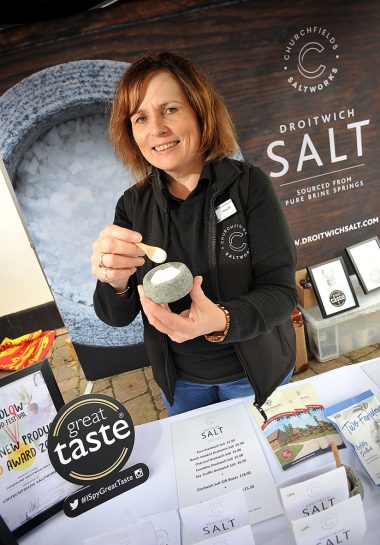 The event was organised by the landlord and landlady of the Gardeners’ Arms Simon and Edith Berry and Coun Mark Craigie.

Mr Berry said: “This year is the first year of the Salt Festival reorganisation and next year the event will be slightly changed to make it even better.”

Coun Craigie added: “It exceeded our expectations and more.

“We have had loads of visitor questionnaires back – I’ve only gone through half of them so far but every person said they would be returning next year.”

He added the statistics showed a lot of people spent a couple of hours there and the feedback from the traders had been amazing.

Many of them sold plenty of produce on the day and took orders to be sorted out later.

“The entertainment also went down really well – from the fireworks on the Friday to the live music and the children’s entertainment.

“The best thing for us was that a lot of people said it had a real community feel to it which was what we wanted.”