THE CHAIRMAN of Wychavon District Council said he hoped the authority’s Armed Forces flag being raised would help provide a much-needed morale boost to servicemen and women who continued to keep the country safe. 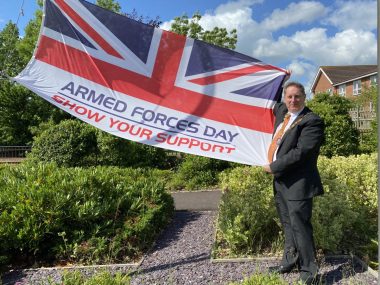 Coun Raphael added: “Raising the flag is a way of showing our support for the troops and their families.”

A video of the ceremony is available to view (above).

People can show their support for the armed forces community by taking a picture or video of them saluting and sending it to @ArmedForcesDay on Twitter.