A DROITWICH man who has terminal cancer has organised a walking football tournament on Sunday, March 24, to raise funds for Melanoma UK and the Brain and Spine Foundation.

Mike Hull, 64, was diagnosed with skin cancer back in June 2013 when a mole on his back had turned to melanoma.

He had it surgically removed over a six-month period but in July 2016 it was discovered the melanoma had got into his bloodstream and travelled into his lung. He had one of his lungs removed on December 23, 2013.

A check-up in March 2017 found it had spread to his spine and there were several tumours in his liver.

Mike was diagnosed with BRAF negative melanoma which is a less aggressive form of the disease but there are less treatments available.

He was put on a drug called Pembrolizumab but it stopped working in June 2018, leaving him just one drug left to try.

In July last year he was given the prognosis that he only had between six to 12 months left to live and started on Ipilimumab in August.

Because of the treatment’s toxicity, patients are only allowed four doses and Mike’s finished in October.

Since then he has had no treatment but the Ipilimumab can continue working in the system for 12 months.

A recent initial scan showed all the tumours had gone apart from one. Mike was due to have a more detailed scan today afternoon with the results expected next week.

Mike said: “I know I will never be cured of melanoma and the tumours will come back at some point.

“But the treatment gives me and my family hope and time.”

The 21-team football tournament will kick-off at 11am at the astroturf pitch on the King George Playing Fields. 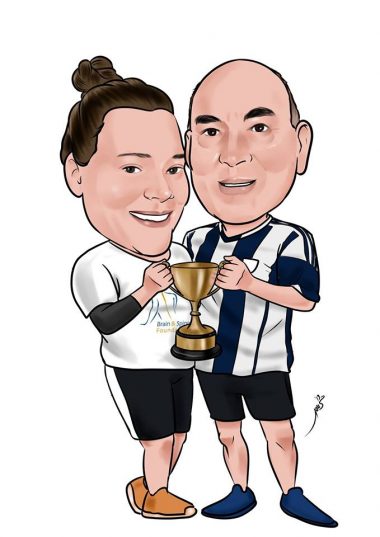 There will be fly-making, face-painting, Play Your Cards Right, a tombola, a bouncy castle, a penalty shoot-out, a fire engine and a disco afterwards.

The Brain and Spine Foundation was chosen as it helped Mike and Carol’s daughter Kate when she fell ill last year.