WARNINGS have been issued to people to take care tomorrow with the UK facing what could be the hottest day ever recorded.

Temperatures are predicted to be up to 24°C by 9am in Droitwich and Worcester, peaking up to 34°C between 3pm and 4pm and remaining in the 30s until after 7pm.

Local doctors are encouraging people to take precautionary measures when out in the sun to protect against sunburn and lower the risk of developing skin cancer later on in life.

Other advice includes wearing suitable clothing, including a hat, sunglasses and long-sleeved top for those susceptible to sunburn.

Sun cream should be reapplied every two hours and people should avoid the sun between 11am and 3pm when the sun is at its strongest.

People can keep their homes as cool as possible by keeping windows shut to keep out warm air and closing curtain.

Everyone should drink plenty of fluids, not including alcohol which can dehydrate.

People should look out for others, especially the elderly, young children, babies and those with underlying health conditions as they are at greater risk of further complications when the weather gets hotter.

Dr Carl Ellson, Clinical Lead for Worcestershire CCGs, said: “Getting the right amount of sunshine has a number of benefits including providing us with vitamin D, which can benefit people with skin conditions such as eczema and can also help people to feel much better within themselves.

“Although getting out and about in the sun has many benefits, there are also some dangers, including the risk of sunburn if exposed to too much sunlight without taking suitable precautions. Even if it’s cloudy or overcast you can still burn, so make sure you’re prepared whatever the weather.”

WEST Mercia Police is urging those enjoying the heatwave not to attempt to swim in lakes, quarries or any type of open water to cool off.

If people want to swim outdoors it should be at a licensed pool or swimming baths that has a lifeguard on duty.

Water is often a lot colder than people think and can quickly draining swimmers’ energy. The body’s first reaction when entering cold water is to take an involuntary intake of breath but instead of air, water is taken in to the lungs.

A spokesperson said: “Our area has a wide variety of lakes, quarries and waterways, all of which carry hidden dangers and with the summer holidays now upon us, this danger is only going to increase, with more and more people thinking that it’s perfectly safe to swim in open water.

“Our advice to anyone considering going into the water is just not to do it.

“However, we know that people will still be tempted.

“So if you are out with friends and you do decide to swim, then don’t drink alcohol, as this will inhibit your ability and perception of risk and will leave you unable to deal with the cold water shock.

“Stay together and look out for each other. If something does happen, call 999 immediately, do not attempt a rescue yourself.”

The open water warnings have been reiterated by the Canal and River Trust which is warning people not to go swimming in Worcestershire’s waterways as there are hidden dangers under the surface of the water.

Of the 400 people who drown in the UK every year, more than half the fatalities happen at inland waters such as canals, rivers, lakes, quarries and reservoirs.

Canal and river water will be really cold, even in the summer, and will take people’s breath away and paralyse your muscles making it difficult to swim, so have a cool drink instead.

People can also get injured jumping in as canals are relatively shallow.

People are advised, however, to stay cool in the shade of trees by the canals and waterways.

Debbie Lumb, national health and safety advisor at the Canal & River Trust added: “Spending time on or by the canal is a lovely way to spend a summer’s day and they are excellent places for families to explore during the holidays.

“But it’s also important that people, especially children and teenagers, are aware of the dangers of cooling off by going for a dip.

“The consequences can be devastating.”

THE RSPCA is bracing itself for a surge in calls about animals in need during the heatwave and is asking owners to make sure they look after their pets.

“Prevention is much better than a cure so try to keep your pets indoors or in a cool, shaded area when the temperatures are hitting 30C and higher.

“If your pet slows down, looks dazed, drools or pants excessively, vomits or even has a seizure then please speak to a vet as soon as possible as these are all symptoms of heatstroke.

“If your pet is elderly, overweight or has ongoing health problems or problems caused by extreme breeding – such as flat-faced dogs – then they can feel the effects of the heat more quickly so please keep that in mind.” 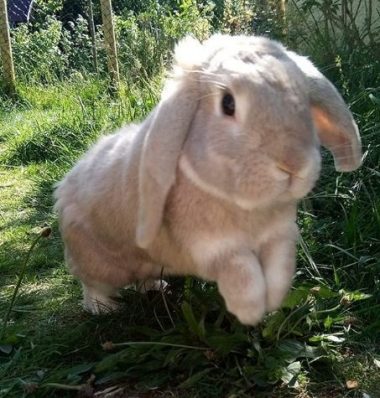 ☀️ Ensure animals have access to shade and fresh drinking water at all times.

☀️ Check every day for flystrike.

☀️ Keep fish tanks out of direct sunlight and top up water levels of ponds.

☀️ Keep an eye out for wildlife when using lawnmowers or strimmers.

☀️ Keep pesticides out of reach of animals.

☀️ Buy a cooling mat, wrap an ice pack or frozen water bottle in a tea towel, or use damp towels for your pet to lie on.

☀️ Use cold treats from the fridge or make an ice lolly from pet-friendly ingredients.

☀️ Freeze your dog’s water bowl or kong, or add ice cubes to your pet’s bowl.

☀️ Fill a paddling pool or spray a hose for your dog to play in but always supervise around water.

☀️ Some exotic pets such as snakes and tortoises are good escape artists so check vivariums are secured and take care if allowing reptiles to exercise or bask out in the garden.

RSPCA animal welfare expert Dr Samantha Gaines said: “With the summer holidays under way, lots of families will be heading off on holiday or planning days out with the whole family – and this might include Fido.

“During the hot weather we’d urge pet owners to think twice before taking their dog out with them as they can really struggle out and about during the heat so often it’s best to leave them at home in the cool.

“If you’ll be out in the sun all day at a festival or show, or if you’re planning a long walk or run, please leave your furry friend at home with somewhere cool to go. It can be hard enough for us in the heat and it’s much more difficult for them.”