A POLICE officer based at West Mercia’s Operational Policing Unit (OPU) will take on a three-day marathon challenge to raise funds for Oscar Saxelby-Lee who needs treatment for T-Cell Acute Lymphoblastic Leukaemia.

The 82-mile route is the longest distance between the force’s police stations and Owen will be running more than a marathon-a-day from next Saturday until a week on Monday, October 12 to 14.

The course will see him pass through three of West Mercia Police’s main stations, including the force’s headquarters at Hindlip Hall on the final day.

Originally down for two night shifts for the dates of his challenge, Sgt Atwell has taken leave so he can complete the run as soon as possible to help raise much-needed funds for Oscar. 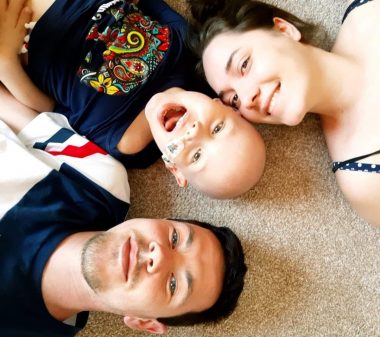 The five-year-old’s parents are hoping to raise £500,000 so he can get the treatment he so desperately needs.

Owen’s challenge is one of many fund-raising activities taking place by West Mercia Police officers and staff to help raise awareness and increase donations for Oscar, who wants to become a police officer.

Sgt Atwell said: “Running the distance of more than three marathons over three days will be quite a challenge for me, I’ve never ran this distance before and know it will be tough but I felt it was the least I could do to put myself out a bit to help raise money for Oscar.

“The whole county has got behind Hand in Hand for Oscar and I want to do my bit.

“I’ll be passing through three of our main police stations on my route so will hopefully get some extra support and donations from our staff on duty and of course if members of public see me and want to cheer me on that would be appreciated.”

The day after he aims to be at Kidderminster Police Station by 1pm and on October he should be at Hindlip Hall around 11am before crossing the finish line at Evesham Police Station close to 3pm.

Local policing lead for Worcestershire, Ch Supt Tom Harding, said: “It’s fantastic that so many of our officers and staff are getting behind such a worthy local cause. Owen has our full support and we will be cheering him on as he takes on this challenge.”

To donate to Hand in Hand for Oscar visit uk.virginmoneygiving.com/Team/HandinHandforOscar