The Men’s Firsts were looking to build on their successful 6-1 victory at Newtown but they conceded two goals in the opening minutes of the game as Wulfrunians played with supreme pace and width to attack the back line.

For the remainder of the half Spa controlled the tempo of the game, pushing high and closing down the number of opportunities the visitors had.

Spa’s top scorer Matthew Lee had the best chance to pull one back following a ball from Andrew Rollason but a last ditch tackle thwarted him. 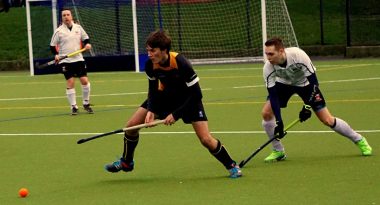 After the break, Spa’s organisation and pressing frustrated the away side but they conceded another two quick goals, one of which was from a penalty corner.

As the game became tetchy, Adam James received a two-minute suspension but Wulfriands could not make the extra man pay as they ran out 4-0 winners.

Meanwhile, the Men’s Thirds were involved in a six-goal friendly match against Worcester Sevenths.

Spa started the game quickly and from their very first attack down the right-hand side they managed to open the scoring when Alex Titley did well to control at the back stick and apply the finishing touch.

After the opening goal Spa were pegged back by a more experienced Worcester side who were a lot more composed in the final third of the pitch.

David Purchase and Matthew Gurr had chances to put Spa ahead before the break but both could not apply the killer touch.

Following the interval Spa contained the Worcester forwards but it was not long until the visitors fired home three quick-fire goals to make it 4-1.

But Spa finished the game on a high note as Eddie Burbage went on a daring run down the right before feeding Peter Gurr whose cross into the box caused mayhem which allowed Purchase to prod home from close range.

Baker and Collins strike as the two Connor’s rescue Spa