Boars and Monners gear up for return to the pitch 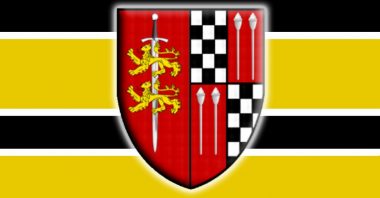 THE FOUNDATIONS for a return to competitive rugby are being put in place by the Rugby Football Union – finally spelling positive news for both Bromsgrove and Droitwich.

A successful submission of plans for 15-a-side contact rugby to resume were given the green light by the Government on Monday and, while competitive action is still off the agenda for the time being, teams can now finally take to the grass and shake off any lockdown-enforced rustiness.

In line with the latest ‘Return to Rugby’ protocols released by the RFU, clubs will be able to engage in contact training once more, while friendlies can be scheduled as early as Friday, December 18.

Some adaptations to match rules have been put forward that will apply to any forthcoming fixtures, meaning that no mauls or scrums will take place – the latter to be replaced by a free kick at the restart – while a minimum of five players, up to a maximum of seven, will be allowed at lineouts.

In addition, Ready4Rugby matches – a non-contact alternative played by ten-a-side teams – can still take place prior to and after the December 18 restart date for 15-a-side games.

As far as competitive matches are concerned, a return in January has been proposed, although the format of competitions for the remainder of the 2020/21 season are yet to be decided.

Steve Grainger, rugby development director for the RFU, said the news will come as a long-awaited relief to fanatics and players alike having been denied access to the full version of the sport since contact rugby was prohibited almost nine months ago.

“We have received growing support from clubs and players in favour of adaptations, with law variations preferable to the option of no rugby at all,” he said.

“This is wonderful news for community clubs, their volunteers, players and supporters around the country, who can now look forward to playing contact rugby for the first time since March.

“We now need to be as safe as we possibly can be and comply with all off-field social distancing and COVID-secure guidance to ensure we can continue our phased return to full contact rugby when it is safe to do so.”