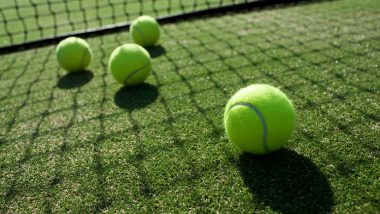 THE CANCELLATION of the Herefordshire and Worcestershire Winter League season has provided a blow to the hopes of a number of local sides in making a return to the court before the summer season.

With only a handful of matches completed prior to the third national lockdown being announced, the difficult decision has been made by the Herefordshire & Worcestershire LTA to write off the current campaign.

As a result, no relegation or promotion will take place, with each of the respective leagues consisting of the same teams for the 2021/22 Winter League season.

The initial plan had been for the season to resume at the end of January – then extended to the end of February – although it quickly became clear this idea would not allow for all winter season matches to take place across the 16 men’s and women’s and 12 mixed divisions.

Chairman of the Senior Development Team at the H&W LTA, Mike Howard, has encouraged local players to get back to hitting on the courts regularly as soon as lockdown restrictions are lifted, in preparation for what many will hope will be a full programme of Summer League action.

“We appreciate that this might be disappointing to some and a relief to others,” he said.

“We were not in a position to be able to calculate standings as we did last year, as not enough matches have been played.

“When competitive tennis resumes, you may wish to play matches within your division on a friendly basis, although the results will not count towards league standings.”