This year’s atypical FIFA World Cup tournament, which is set to be held in Qatar in November, is expected to attract fewer fans than previous tournaments. Estimates vary, but the general consensus is that there will be a roughly 50 per cent drop off from the 2018 World Cup in Russia which saw millions of fans flock to the tournament from across the globe, despite having some similar issues as those faced by Qatar. The number of England fans is expected to match this trend with a surprisingly low number of tickets purchased due to the timing and cost of the tournament. England manager Gareth Southgate has already expressed his disappointment at this fact, but he will hope it doesn’t affect his team too much as they are heavily fancied for the tournament. According to the experts at oddschecker, whose free betting offers for the tournament can be used to back England, Southgate’s team are one of the favourites along with usual suspects like Brazil, France, Spain and Argentina. These nations usually rely on huge travelling support but will probably have to perform with less backing than they’re used to this time around.

Reasons behind the expected slump

Recent reports suggest that there will be a maximum of 1.5 million fans travelling to Qatar for World Cup 2022, which is less than half the number that made their way to Russia for the 2018 edition. There are plenty of reasons for this drastic reduction in numbers with one of the main ones being the lack of available accommodation in the country. The organisers have tried to combat this issue by chartering large cruise ships that will be used as hotels during the tournament. However, like many of the other accommodation options, they are expected to be expensive, which has affected the attendee numbers.

Another reason for the expected drop off in fan numbers for Qatar 2022 is the country’s announcement that visas would only be allocated to fans who have already purchased tickets. This means that the vast numbers of fans who often travel to host countries without tickets in the hopes of finding one for sale there won’t have that option this year.

Additionally, the timing of this year’s tournament is believed to be a hindrance for fans who might wish to attend. Major international tournaments are usually held in the summer, apart from the Africa Cup of Nations, which is convenient for working fans who can get time off more easily in summer. Summer tournaments are also great for young fans who are enjoying their school holidays and can travel with their parents to support their team. This year’s World Cup being in November/December means that both younger fans and those who work will have difficulty attending the tournament. 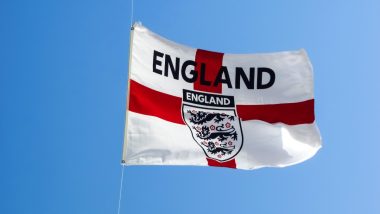 The scheduling of the World Cup will also provide challenges for fans planning to watch the tournament back in England. Gareth Southgate’s men kick off the group stage with a match

against Iran on Monday 21st November at 1 pm UK time, which means those at school or work will probably not be able to watch it. Although the other two group stage matches are scheduled for 7 pm, so they will be easier to watch, they may still clash with students after school activities like sports and social clubs. This would lead to a further reduction in viewership numbers but shouldn’t be a problem if England qualifies for the round of 16, as that game will be held on Saturday 3rd December or the following day.

After reaching the final of last year’s postponed Euro 2020, Gareth Southgate and his team will be desperate to go one better in Qatar. Doing so will be even more difficult at the World Cup with several high-quality teams fancying their chances. England will have to find their best form without their usual loud and loyal supporters whose numbers will be depleted in Qatar. The England manager expressed his feeling that it will be “a great shame” that some fans will be unable to attend, and he’ll hope his team can find inspiration without them.