Young Birmingham Rep's Jekyll and Hyde is a 'gothic delight'

EVAN Placey’s stage version of Robert Louis Stevenson’s Jekyll and Hyde is not only the most original retelling of this ‘good versus evil’ classic (and goodness knows there have been a great many from musicals to 3D horror movies) – it is also a perfect showcase for the awesome Young REP Theatre Company. Played out on an epic scale as the storyline flits between Victorian and modern day England, sometimes even merging the two. 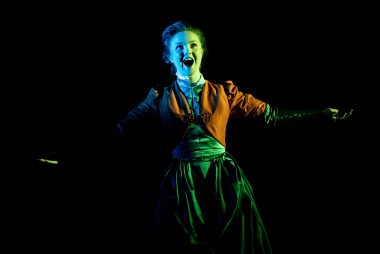 Niamh Franklin engages as Jekyll, the Victorian widow who creates Hyde (a power-house performance from Sophie Mae Reynolds) whilst puttering in her deceased scientist husband’s laboratory. This Hyde though is not just the standard comic book – beast-of–the-night Hyde we were brought up on, but more a ‘Rebel with a Cause’. She is also a hard-drinking – take no nonsense prostitute who will not be used – never mind abused – by anyone. She brings an abundance of graphic violence and mayhem in despotic bars and bordellos on one hand and on the other, joins together with like minded but less physical women campaigning for their ‘Right to Vote’. 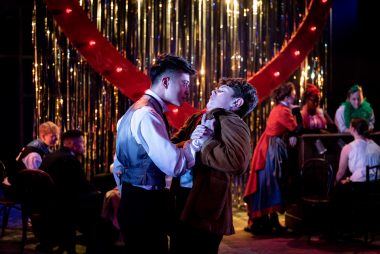 In Act Two female protest flips from Victorian times to a modern day, LGBT rights march. Here we follow the riveting Ella Kirk as Florence, a blogger arrested for inciting rebellion. She is subjected to a harrowing police interrogation.

As if this isn’t enough of a plot twist to take in, there is also a fascinating vignette about a Judge and a Rent Boy. 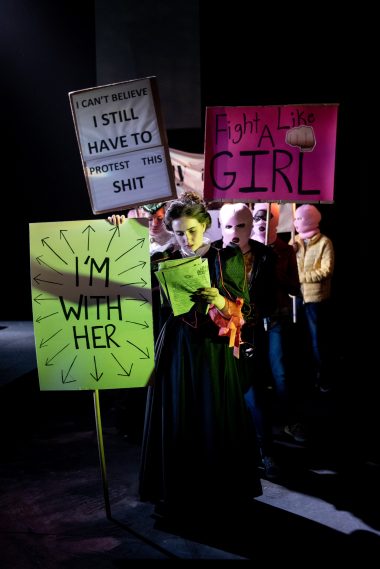 This young company constantly impresses, with hopefully many stars of the future twinkling away in its midst. In particular outside of the main characters Peter Harrison makes an excellent job of Dr Lanyon as does Elijah McDowell in his double of DCI Renford and the Priest.

The staging too is epic – a massive stunner of a set from Celia Carey uses every inch of the Rep’s huge stage. This is complemented by a sympathetic period-sensitive lighting design from Simon Bond. The all-professional production team includes a movement director (Sarah Worth) and a dedicated fight director (Alison de Burgh). This duo added a huge additional dimension with impressive, set-piece theatrical physicality and full-on fight routines. 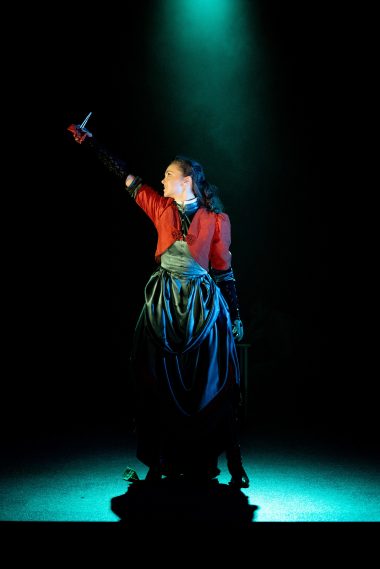 Director Tessa Walker’s production is simply ‘Oh so clever’ – taking a gem of an intelligent script and making it a compelling watch. Even though this is a youth production, Walker ensures no punches are pulled in its delivery. It is uncompromisingly dark and at times – downright confrontational.

Overall this gender swapping Jekyll and Hyde is a gothic delight.

The show runs until Saturday. Visit https://www.birmingham-rep.co.uk/whats-on/jekyll-and-hyde.html for more information and tickets.