AROUND 60 fare dodgers were caught during a clampdown at Droitwich Railway Station this afternoon. 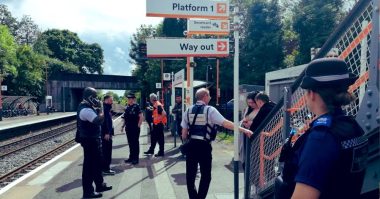 As well as fines being given out to those not paying for travel, Droitwich Police officers were also looking out for incidents of anti-social behaviour and anyone carrying weapons as part of Opration Sceptre.

PC Rich Rees from Droitwich SNT said: “It was a successful operation which was also to examine who was coming into and out of the town.

“Aside from the fare dodgers, most people were well-behaved and there were no other offences committed.”