A HOME brewer who stepped up production during the first Covid lockdown has seen his hobby grow into a thriving business and one of his beers has just scooped a top award.

Tim Dunkley from Greenfields Farm in Upton Warren first got into brewing on a small scale three or four years ago.

With more time last March he started to brew more and moved the operation into a bigger building on the farm to increase production.

Tim’s daughter Jess is a designer and puts together the labels, Pete Baker is the sales manager and Rachael Burlington manages the office.

Tim prides himself on using locally sourced ingredients and running an eco-friendly outfit.

All the spent barley goes to the farm’s Highland cows.

Brew61 has become renowned far and wide for clean-tasting ales, session beers and hoppy IPAs. So much so, the firm now delivers throughout the UK.

Ales – inspired by the farmland and its animals – range from Spring Meadow IPA to the tropically fruity Grazing Girls which pays tributes to the farm’s very own Highland cows.

Experimenting with flavours, they have recently released Leaping Lamb (paying homage to the flock of Dorset sheep) and Grazing Girls Extra – a stronger version than its original namesake. 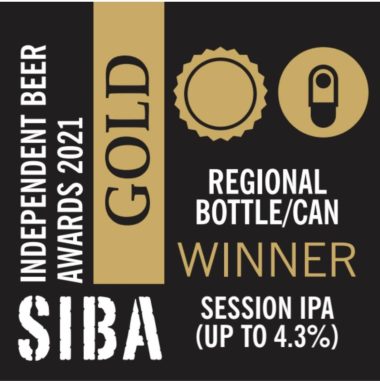 But it is the Greenfields Gold which has impressed the experts and lived up to its name when it took ‘Gold’ in the regional bottle / can section in SIBA’s 2021 Independent Beer Awards.

Being relatively new to brewing, Tim was gobsmacked when he heard about the accolade.

“I couldn’t believe it – we knew people liked our ales as we had received a lot of great feedback but we never expected to win this award so early on.”

Brew61’s beers are available via the brew61.co.uk website and other stockists across the county, including Webbs Garden Centre and Decanter Spirit.

Several pubs also serve Tim’s ales, including The Park Gate Inn, The Dodford Inn, The Queens Head (Stoke Prior), the Hanbury Turn and The Weighbridge in Alvechurch.