TWO people were arrested on the M5 in Droitwich last night when police stopped a car and found £10,000 in cash on board. 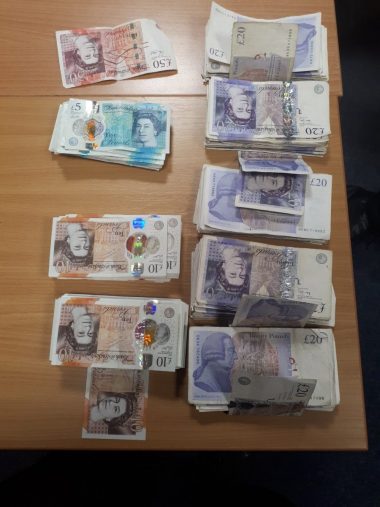 Police became suspicious when  the pair in the car, one who was disqualified from driving, decided to swap seats at 70mph.

Both were held on suspicion of drugs offences and the car and the cash were seized.