DROITWICH artist Rosie Philpott has fulfilled her dream by becoming a children’s book illustrator thanks to a project which encourages youngsters to share their problems, writes Eve Watson. 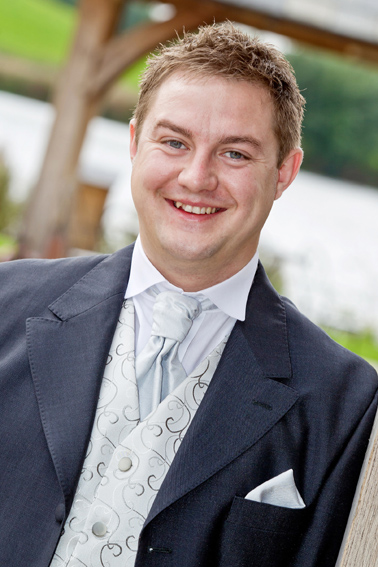 The book is in memory of Andrew Bland who took his own life. Picture by Chris Chambers. s

The author has helped create a new book series titled Wing Commander Bear which will raise money for bereavement support and counselling charity The Dove Service.

The book follows teddy bear Andrew Bland (AB), a mascot for RAF Valley in Holyhead who travels the world on fighter jets. 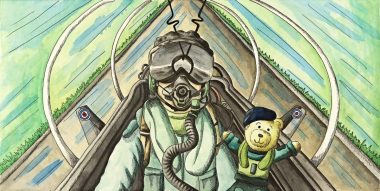 Richard said: “After my son committed suicide we talked to The Dove Service because of its bereavement counselling.

“We’re hoping to teach young people about the importance of talking to their parents.

“I think it could have been a completely different story for Andrew had he actually spoken to us.

“If getting this book published stops another family going through what we did then it has succeeded.”

In the book, AB was adopted by the RAF and has flown all over the world – even going on a trip with Prince William. 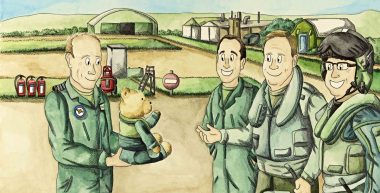 Richard contacted Rosie Philpott after coming across her illustrations online.

Rosie, famous for her ‘Wonky Droitwich’ pictures, said: “It has been a dream come true for me and I have loved every aspect of bringing this teddy to life.

“I have been in touch with Richard throughout the process and received feedback from pilots who have recognised themselves in my work.

“To know it is for such a good cause has made it even more worthwhile and I cannot wait to see what the future holds for AB.”

The book was launched on August 12 and those involved are hoping it will be snapped up by schools and put into classrooms. 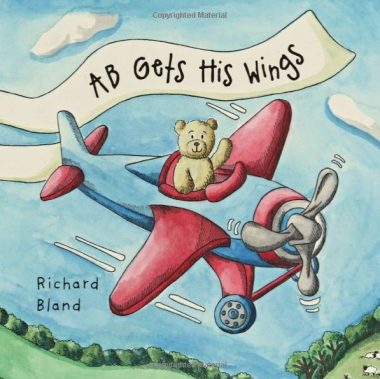 Available through Amazon, WHSmith and Waterstones, Rosie is also hoping to sell some signed copies to customers who are interested.

Anyone concerned about their own wellbeing or someone else’s can talk to the Samaritans on 116123 or contact their GP.

For more on Rosie Philpott’s work, visit her Facebook page.