Droitwich MP reflects on eventful year in his Christmas message

THE RUN up to the festive period has been very different to normal for anyone involved in or interested in politics.

We had our first December general election for nearly 100 years and over 70 per cent of registered voters locally battled the weather and turned out to vote. 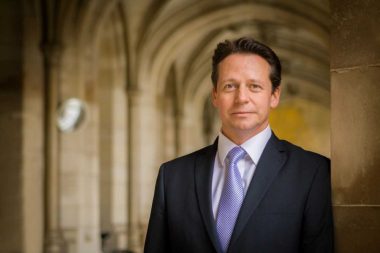 I am particularly pleased and grateful to have been re-elected with an increased majority and thank everyone who made the effort to express their democratic will, whether you vote for me or not.

We now have the stability of a majority government and increased certainty for the future direction of the country.

As well as wrapping presents, eating mince pies and downing the occasional glass of something special, this Christmas will provide the chance to reflect on events that happened in Westminster and locally over the last year.

It has been a particularly memorable and eventful year in which we saw a change of Prime Minister, a new government and not one but two Queen’s speeches. I sincerely hope we can move on from the division of the past and unite around a positive vision for the future of our country.

In the new year I’m looking forward to getting on and delivering our commitments I and my party made during the election not just on Brexit, but on schools, the NHS, police and infrastructure.

May I take the opportunity to wish you and your family a merry Christmas and a happy new year. Roll on 2020!