DROITWICH Spa will be one of the places holding a global light festival next Thursday, November 21, to celebrate its famous son Edward Winslow who played a key role in shaping America.

The event will mark the official international launch of the 400-year commemoration of The Mayflower – the English ship which transported the first English Puritans – Pilgrims – from Plymouth to the ‘New World’ in 1620.

Winslow was one of the four men who commissioned the ship for the journey and his son Josiah was the first native born governor of an American Colony.

The Spatan also documented a three-day harvest celebration in the autumn of 1621 which became known as ‘the first Thanksgiving’.

The Winslow Family have the most descendants in America of all the Pilgrim Fathers. 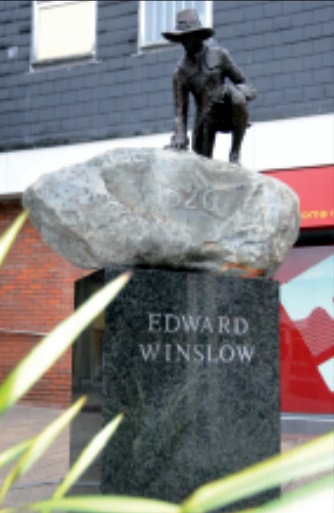 The statue in Droitwich Town Centre dedicated to Edward Winslow.

Winslow, who has a statue dedicated to him in Droitwich Town Centre, was joined by 101 other passengers on the historic voyage, along with 30 crew members who were all searching for a new life in a different land.

The Pilgrims’ arrival significantly influenced the future of the United States of America, especially regarding ideas of freedom and humanity.

Destinations across the UK, in Holland and America – which have connections with the Mayflower – will be marking the official launch of the 400th commemorative year this month with events involving light-based art installations and projections.

In recognition of Winslow’s role, Droitwich Town Council has commissioned for a Mayflower ship illumination to be installed above the entrance to the Tourist Information and Heritage Centre, at St Richards House on Victoria Square.

It will be illuminated during the festival which starts at 3pm and includes an Open House Mayflower showcase exhibition at the Heritage Centre. 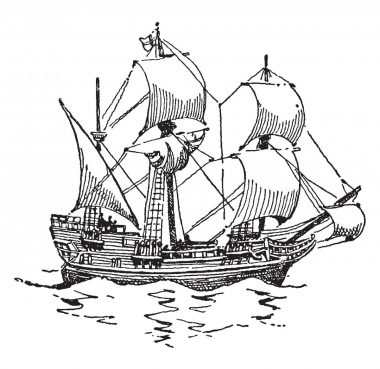 It concludes at 4.30pm when the Head Boy and Girl from Droitwich Spa High School joining Mayor of Droitwich Spa Bill Moy and Professor Robert Stone, from the University of Birmingham, for the big switch-on.

Prof Robert Stone will also be bringing a state-of-the-art virtual and augmented reality experience which will enable visitors to ‘climb aboard The Mayflower’ and find out what it was like on board the vessel.

The event is free and everyone is welcome.

The Mayflower installation will remain illuminated every evening until January 4 2020.

Photographers ready as Classic Clun Castle locomotive travels from Birmingham to Worcester, via Bromsgrove and Droitwich