Experts back plans to bring back Droitwich's Brine Baths

RETURNING the Brine Baths to the Droitwich has moved a step closer after the plans were given the thumbs up by two experts.

Last week members of SOBBS – the campaign group who are hoping to put the ‘Spa’ back in Droitwich Spa -went along to the Lido site the new Brine Baths have been earmarked for.

They were accompanied on their site visit by technical partners – engineer Charles Brecknell and architect Graeme Beamish.

The two experts are looking at the feasibility of using existing pipework and pump equipment at the Lido site and on the potential to seamlessly integrate the existing – and currently unused 1930s buildings into the brine baths complex. 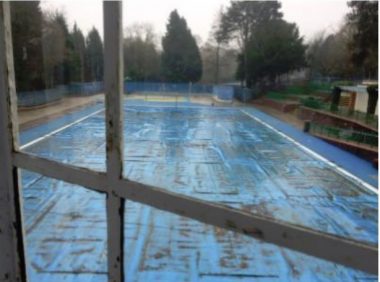 This could potentially include treatment and physiotherapy rooms to complement the healing effect of Droitwich’s salt water which is even more concentrated than the Dead Sea. 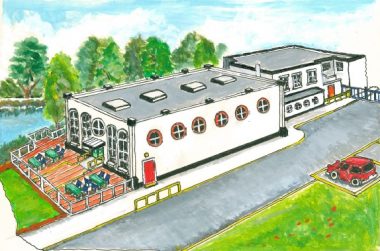 An artists impression of what the brine baths could look like.

Chemical engineer Charles was delighted with what he saw.

He said: “It is clear Wychavon District Council carefully considered the layout and renewal of the plant room for the Lido back in 2007 and were conscious of how corrosive the brine can be with equipment.

“They have also ensured good accessibility, which is great for repairs- but also for future expansion”.

Graeme, who has already produced plans for where SOBBS wish the baths to be sited, was equally positive.

“This was my first look at the existing Art Deco buildings and I’m excited. 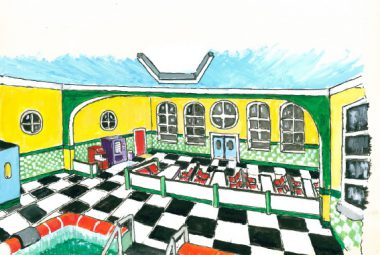 “There seems to be great potential for turning the first floor into high-class treatment rooms. The view out across the Lido pool is to die for.”

Bill Moy, Chairman of SOBBS, commented: “The input of these experts is important and most welcome.

“We continue to make progress.

“Now we need to power ahead on the fund- raising front.

“We will be launching a series of events and initiatives in the coming months, and I feel sure we can count on the people of Droitwich Spa to support and help run them.” 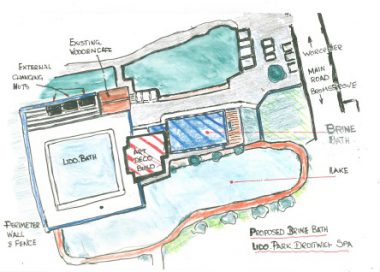 The campaign group is holding its next meeting at the Park’s Cafe at 7.30pm on March 26 and has issued a rallying call to anyone who is interested in becoming part of the campaign or who can help with it to go along.