TRIBUTES have been paid to proud Droitwich Spa monner Mike Hull who passed away on Saturday morning after a brave nine-year battle against skin cancer.

Mike was born and bred in the town, growing up in Steynors Avenue with his two brothers David and Nick. His mum, now 93, still lives there today.

Mike met his wife Carol when they were both five years old and on a bus going for a hearing test. They were at separate schools for a time with Mike going to Winnetts Lane and Carol to St Peter’s but they met up again at Droitwich Secondary Modern.

After school they went their separate ways but got back together when they were 18, were engaged at 22 and married at Dodderhill Church on June 6, 1976.

They honeymooned in St Ives in Cornwall after a night at the Raven Hotel.

Carol said: “As we were about to leave, Mike realised he had left his wallet at home so I had to wait in the hotel while he went back to Steynors Avenue to get it.”

The pair went on to have two daughters Amanda and Kate and two grandchildren – Charlie and Maisie.

Workwise, Mike did an engineering apprenticeship after leaving school and worked at a Glenco in Droitwich and, while he was there, was also in the Prison Service Specials.

After being made redundant from his main job he could not decide if he wanted to go into the prison service or fire service but opted for the latter.

He trained in Birmingham and was a firefighter from 1974 to 1992, based in Redditch, leaving on medical grounds because of his hearing.

While he was in the fire service he started his part-time ‘Top Coat’ painting and decorating business which he continued into his next job – with the Prison Service, where he worked for 15 years.

When he retired, he undertook the painting and decorating full-time.

Mike loved everything about Droitwich, was well-known by many and was loved by everyone who knew him. 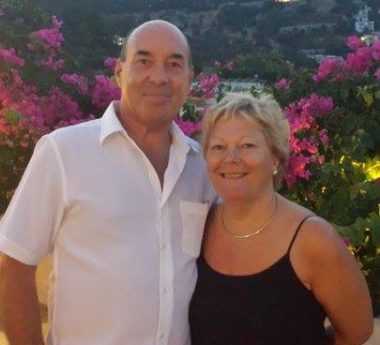 Carol described him as ‘a hugely loved husband, father and grandad who was a very positive and inspirational man with a massive heart’.

“I will miss Mike more than I can ever say.

“He was a wonderful, supportive husband, friend and equally wonderful father.

“We made a great team and – as Amanda always said – we were a ‘Gogglebox in the making’.

“Laughter kept us on our path to happiness.”

Another place close to the family’s heart is the village of Turunc in Turkey where used had visited for the last 29 years, getting out there whenever they could.

Carol said: “We went over in October and Mike – knowing it would be his last time – said goodbye to everyone there.

“The village is in a state of shock that he has passed, as we here all are.”

Since the news was announced there has been hundreds of messages to Carol and the family on social media both from Droitwich and from Turunc and other areas.

Mike’s fight with skin cancer began in 2013 when a mole on his back had turned to melanoma.

He had it removed but in 2016 the melanoma had returned and had spread into his bloodstream and one of his lung which meant he had to have part of it removed.

He continued his fight but in March 2017 it had spread to his spine and there were tumours in his liver.

Despite the setbacks, Mike remained positive and, trying different treatments in the years that followed, including clinical drug trials, was an inspiration to everyone who knew him.

Mike said at the time: “I know I will never be cured of melanoma and the tumours will come back at some point.

“But each treatment gives me and my family hope and time.”

In 2019, as well as being determined he would not be beaten, he launched a fund-raising campaign to provide a high-tech mole-mapping machine for others, having been told if his was caught earlier by the device, the outcome may have been different.

Carol said: “We had a four-hour wait in the airport, on our way to Turunc – I told him to get a pen and some paper and we would plan some fund-raising.

“I don’t think he believed I was serious but when we got back I started planning.”

It began with the Droitwich Against Melanoma (DAM) walking football tournament in the May. That raised £6,000 and kicked off a tenacious drive. 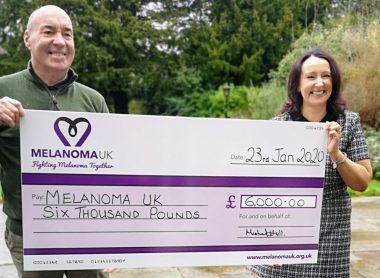 Every Saturday at Droitwich Cricket Club, bacon and sausage baps are sold for the cause after the Droitwich Spa Boys Football Club matches.

Carol said: “I’d like to say a big thank you to Nick West for allowing us to do that as – with the bacon and sausage being donated – it has generated a large income since it started.”

A celebration of Mike’s life was also held last year which saw the rugby club as packed as it had ever been as family and friends flocked to join him for a special evening there.

The total for Mike’s Mole Mapping Machine campaign is currently at £40,000 and it is anticipated that the device – which would be based at Birmingham’s Queen Elizabeth Hospital so it can be available for everyone across the West Midlands – will cost around £55,000 with delivery, installation and all the licences.

Carol said: “Mike always used to say he had nothing to do with it and it was everyone else but they were all doing it for him – I don’t think he truly realised how much he was loved or what he had accomplished.”

This Friday, a football fund-raiser has been organised at Stoke Prior Working Mens Club, by Mike’s friend Jake Watson.

West Bromwich Albion fan Mike used to play football for Droitwich and at the event there will be players from the town, as well as Bromsgrove, Redditch and further afield. 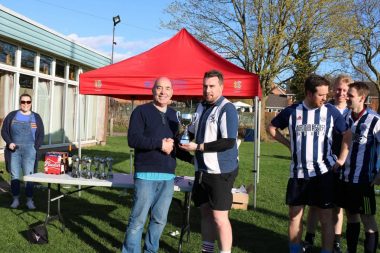 A Walking Football Fun Day is planned for April 24 which his family hopes will get the drive over the line and see the final funds collected.

Mike has also signed up to The Peace Project and on Monday he will travel one last time to have his tumours donated so research can be carried out in the hope of finding more treatments.

Carol said: “He was so highly thought of by the doctors and melanoma specialists – he did everything he could to beat it, attending drug trials, including one where he was the first person in the UK to have it.

“They could not believe he was donating his tumours for research as it is something not many people do.

“They said they were privileged that he was doing that for the cause.”

Reflecting on his passing, Carol said: “I will miss him dearly.

“But my final thoughts are how Droitwich has come together and continues to do so to help us achieve his legacy.

“Droitwich is the best place to live and my family would like to thank everyone for everything they have done – I can’t get over how generous the people are and keep supporting Mike.”