AN END to the need for foodbanks is among the priorities for Mid Worcestershire’s newly-elected Labour candidate Helen Russell as the General Election campaign begins in earnest.

After being revealed as the party’s choice, Miss Russell launched a blistering attack on the Conservative Party for promoting the interests of the wealthy few and said she would be the candidate of the many.

But Miss Russell said: “Labour’s manifesto offers a transformative agenda of restoring public services such as the NHS and education, a Green New Deal, worker’s rights and a much fairer distribution of our country’s wealth to end the need for foodbanks.

“These are the issues I will be talking to residents about on the streets and in meetings in the run up to the election.”

The respected athlete revealed her honour at being chosen for the area where she lives, works and trains.

She has lived for most of her life in Worcestershire and is currently lives in Evesham where works for the Chartered Society of Physiotherapy, as the trade union training officer.

Prior to working for the CSP she worked for the teachers’ union, the NASUWT, and for the public sector union, UNISON. 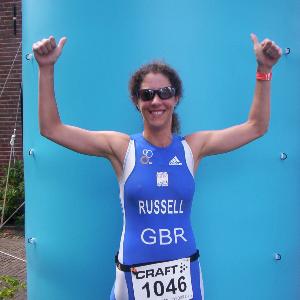 She has won an array of international titles in multi-sport, including being crowned world champion in quadrathlon and duathlon and combines her training for sport with fund-raising and has raised more than £20,000 for charities including Cure Leukaemia, Air Ambulance, the West Bromwich Albion Foundation and Cyclists Fighting Cancer.

In 2015 Helen was part of the team that cycled the entire route of the Tour de France to raise £1million for Cure Leukaemia and in 2018 was part of the Big Baggies Bike Ride which raised more than £29,000 for the WBA Foundation.

Alan Humphries, chair of Mid Worcestershire Labour Party, said: “We are delighted to have one of our local branch members standing in this vital election.

“We could not have a better candidate with her breadth of experience, local knowledge, energy and commitment to social justice.”