YOUNG people from across the town spread some Christmas cheer to the older people who attend the Droitwich Spa Dementia Meeting Centre.

Youngsters from Mini Explorers Nature Nursery, based at the rugby club where the meeting centre is held, performed the play Forgetful Santa.

The play featured a number of characters, including Father Christmas and Mrs Claus, elves and reindeer. It centred on Santa not being able to remember the important thing he had forgotten and included songs about Christmas dinner, decorating the festive tree and crackers.

“They have all worked really hard – I am immensely proud of them.

“We hope this is the start of a great relationship between us and the group and we can’t wait to join them for more fun again.” 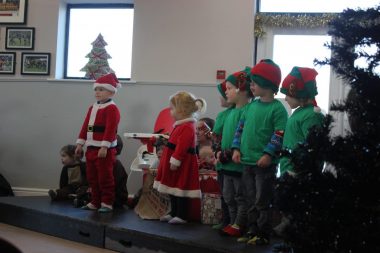 Ella Brnicka from Age UK Herefordshire and Worcestershire who works at the centre said: “It was so nice to see the interaction between the members and the little ones from Mini Explorers, they love having them around.” 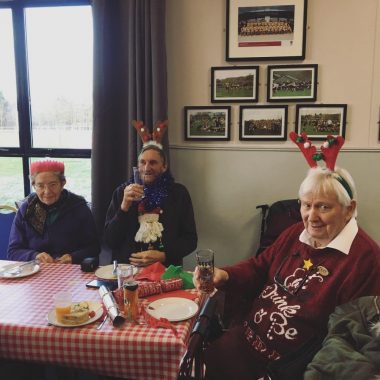 Then in the afternoon Droitwich High School Choir entertained the older people with a set of three acapella Christmas songs, followed by a singalong of festive favourites.

Key roadworks on Droitwich’s A38, Copcut and Pulley Lane finally complete after 18 months of misery