FLOWERS have been laid at the grave of Droitwich historian Nelly Copson to mark the tenth anniversary of her death today.

Fellow historian Paul Jones had planned a larger event to mark the occasion but his ideas were curtailed by the pandemic and restrictions. 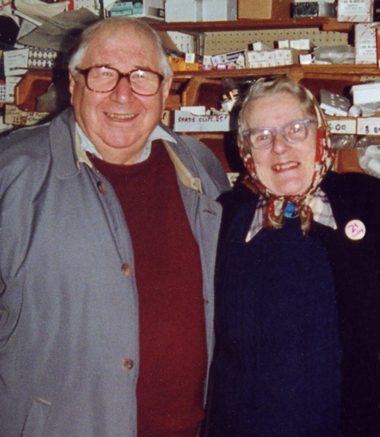 Nelly Copson was well-known for being one of the town’s most lovable and entertaining characters who had a passion for Droitwich history.

In one of his books about Nelly, Paul recalls going to her house: “If you were invited into Nelly’s kitchen, which doubled as her meeting and greeting room, you would probably have found that, if switched on, her radio was tuned to Classic FM. She had no television and always read The Times.”

Here is some more from Paul about Nelly’s life.

Nelly never married and devoted her life to the town’s past.

She spent many hours trawling through the local studies section of the library, photocopying extracts or diligently transcribing from the sources.

By the 1980s, Nelly’s collection of old local photographs, drawings and other illustrations filled more than 50 albums.

She would generously give her time to speak to schools, groups and other organisations to enlighten them on Droitwich’s heritage.

Her most popular talk was ‘Droitwich in Pictures’ and Nelly also had a special interest in the Saxon period.

Her documents helped with the renovation of Droitwich’s canals.

Nelly was born there on January 16, 1919, and remained there all her life. 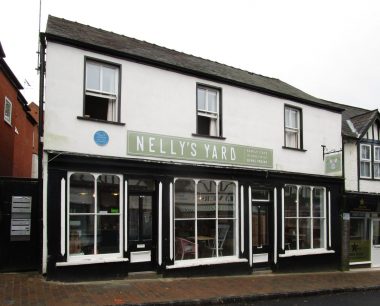 Her mum set up a leather and grindery business, repairing boots, shoes and other leather goods – Nelly and her brother Sam worked in the shop for many years.

From the 1950s, Nelly also worked in the auction rooms of Cattell and Young in Friar Street.

After her retirement in 1968, Nelly could spend more time studying local history and continued to work at Cattell and Young until the salesrooms closed in the 1970s.

In 2003 Nelly was upset by the demolition of the Worcestershire Hotel in Droitwich but before that – in the 1990s – she found out no rates had bene paid on it since its closure in the early 1980s.

This discovery and injustice prompted her to refuse to pay her rates on her High Street building as by then it was no longer being used as a shop, was empty and was not a viable business property.

In January 2000 after failing to produce her building society book to prove she could not afford to pay her rates she was sentenced to 14 days in at Redditch’s Brockhill Prison – at the age of 81.

She became the oldest woman to be sent to a British jail, hit the national headlines and, after a ‘Free Nelly’ campaign and a special court hearing, she only served two days of the sentence. 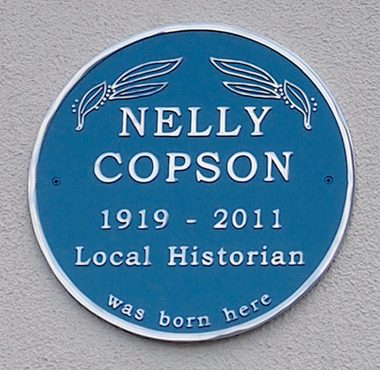 On the day of her funeral – March 28 – her coffin was taken from her High Street home to St Andrew;s Church – a fitting tribute to her life suggested by butcher Tom Lymer.

Crowds gathered to pay their respects on her final journey.

She was buried in St Mary’s Churchyard next to her brother Sam and had ‘Droitwich Historian’ proudly on her gravestone.

Nelly’s parents are also buried in the same churchyard.

Outside 42 High Street, Nelly has a blue plaque dedicated to her.

Inside there is another plaque which was unveiled on April 20, 2015, by Royal Worcester expert Henry Sandon and the then Mayor of Droitwich Coun Bob Brookes.

They both paid tribute to her and all she had done for Droitwich on the day.