DROITWICH is already famous for its salt and could soon also be well-known for its stained glass.

Ark Stained Glass and Leaded Lights Ltd, which has premises in Hereford and Birmingham, opened up on North Street three weeks ago.

Jon Watson, who formed the company with Brian Paveley and Anthony O’Donnell in 2009, recently moved to the Spa.

After initially opening in Hereford in 2009, one of the directors living in London opened a studio there.

Then Birmingham resident Jon opened a premises in the Second City and has now launched one in Droitwich after moving to the town.

The firm employs 12 people – three will be based in Droitwich although Jon hopes to expand and take on local people if all goes well. 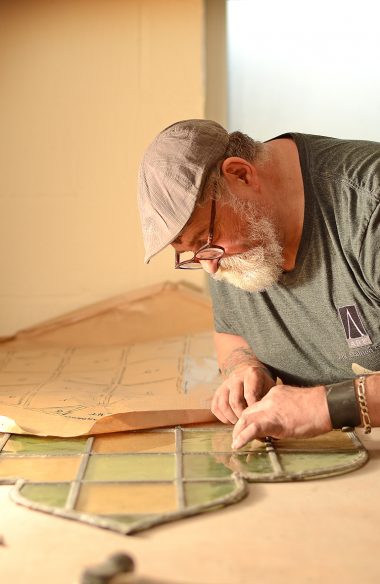 The firm had a £750,000 contract with Manchester University and its painter won a commission for the Steven’s Award (Worshipful Company of Glaziers competition) to paint a window to commemorate the crew of the Titanic in St Mary’s, Southampton.

Jon has been in stained glass and leaded lights for 22 years and his partner Louise Hemmings is one of the designers and painters.

He said: “Our son starts school in September so commuting could have been a problem.

“With Worcestershire having so many Grade II listed and other historic buildings, the town is an ideal place for us to be.”