TWO ‘County line’ drug dealers’ connected to the supply of drugs in Droitwich Spa have been convicted today at Worcester Crown Court and jailed.

Adrian Lynch, 28, from Handsworth Wood in Birmingham was convicted of being concerned in the supply of crack cocaine, obstructing a drugs search and driving with no insurance. He was imprisioned for four years, six months.

Philip Brown, 39, from Handsworth in Birmingham was convicted of possession with intent to supply crack cocaine and heroin and was sentenced to time already served (nine months on remand in prison). He was also given a further 24-month suspended prison sentence and a residency order requiring him to live at approved premises.

The convictions relate to events on June 12 in Teme Crescent, Droitwich when officers from the town’s Safer Neighbourhood Team (SNT) stopped a vehicle being driven by Lynch.

Officers saw it leave a property in Teme Crescent which had been suspected of used for the supply of drugs.

Lynch was detained for a drugs search but resisted and tried to destroy evidence by swallowing a mobile phone SIM card containing evidence of drug dealing. 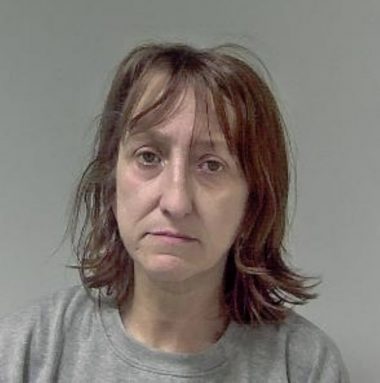 Brown was found to be in possession of a large quantity of heroin and crack cocaine and both were arrested on suspicion of being concerned in the supply of Class A drugs.

Edwards was dealt with at Worcester Crown Court on November 21 after pleading guilty to being concerned in the supply of heroin and crack cocaine. She was sentenced to time already served (six months in prison) and given a community order. Following this conviction police also worked with Fortis Housing to secure Edwards’ eviction from the address as it was used to facilitate these offences.

PC Richard Rees from the Droitwich Safer Neighbourhood Team said: “Drug dealers from the city mistakenly think it will be easy to travel to rural communities such as Droitwich to sell heroin and crack cocaine, this is not the case.

“Residents in the town have been quick to report suspicious activity to the Police and the Safer Neighbourhood Team have been equally as keen to act on this information.

“Drug dealing has a knock on effect on other types of crime such as anti-social behaviour, theft and burglary.

“Detective’s from the South Worcester Pro-active Team have become experts in investigating these type of offences and this is evidenced by the successes they have been having in court.

“The sentences handed out by the court today obviously reflect the serious nature of this crime.”

Anyone with any information on drug-dealing in Droitwich should contact the SNT on 101 or Crimestoppers on 0800 555 111.