POLICE have seized two vans in Droitwich and Worcester as part of their clampdown on vehicles involved in crime.

Both the stops were made by West Mercia Police’s Local Policing Priority Team – South yesterday.

In the first a van in Worcester was pulled over and the driver was stopped and searched.

Officers were looking for stolen items or tools used to commit crimes but instead found a quantity of cannabis.

The driver was held for possession of cannabis and arrested on suspicion of drug-driving following a roadside test. 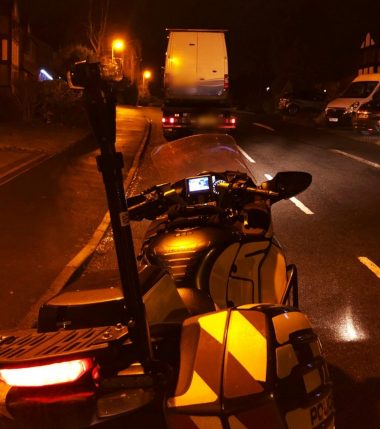 In the second in Droitwich a van and assets were seized as part of the We Don’t Buy Crime campaign.

Police warn any drivers entering West Mercia to commit crime will be found and dealt with accordingly.

WATCH – Dramatic stop after police pursued cloned vehicle on the M5 from Bromsgrove, through Droitwich to Worcester