BROMSGROVE and Droitwich… wicked beyond belief….

So says ex-journalist and top-selling Worcester author Bob Blandford whose new book ‘Worcestershire Bird’ profiles thousands of the County’s direst and most desperate real-life criminals, revealing the darkest undersides of Bromsgrove, Droitwich, Belbroughton, among others.

And Bob joined us on this week’s Standard Podcast to talk about the book which features 2,000 cases, in-depth accounts of 38 executions, tales of the hangmen and their methods and the 12 Governors who fell victim to ‘The Curse of Worcester Gaol’.

Among them are 14-year-old William Winwood who was charged with murdering his Bromsgrove mistress Sarah Undrill by adding arsenic to her breakfast gruel and Bromsgrove’s Sarah Ann Broomfield who took a hammer to her mother Harriet Laugher in a family row over her troublesome husband Reuben. 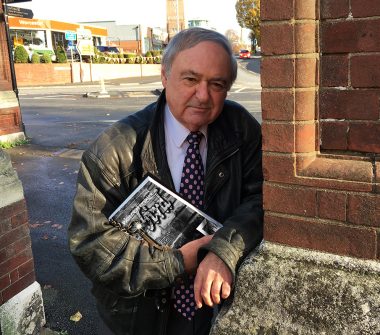 And there was ‘The Belbroughton Tragedy’ which consisted of three separate cases in 1906, 1911 and 1912, resulting in four murders and two suicides.

In Droitwich there was Jacob Joseph who was executed in 1786 for stealing a bag of mail and 71-year-old Samuel Crowther, 71, who was executed at Worcester on December 11, 1888, by hangman James Berry for the murder of John Willis at Dodderhill.

Bob said: “The towns and their surrounding villages may not have been on a par with crime-rife Worcester, Dudley and Stourbridge, but when they were, the dastardly deeds of their inhabitants were about as dark as any committed anywhere else in the County or even nationally.”

Worcestershire Bird is available by emailing bob@the-whole-picture-publishing-company.co.uk and will soon be available on Amazon.