A DROITWICH haulage firm will be hitting our TV screens tomorrow (Thursday) when it features in the new television show ‘Train Truckers’, writes Eve Watson.

Priest Abnormal Load Services company has teamed up with Allelys Heavy Haulage of Studley to feature on the six part series which follows the heavy-haulage specialists who will be transporting historic locomotives.

The first episode will see the companies moving the steam engine Britannia from Crewe to the Severn Valley Railway in Kidderminster. 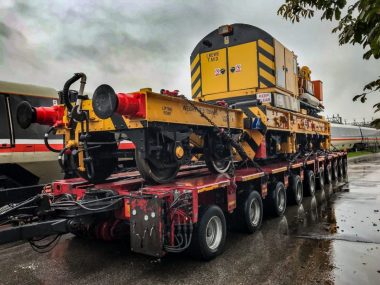 Jason Priest, of Priest Abnormal Load Services company, said: “It was peculiar being filmed to start with but I got used to it.

“I’ve seen a few little bits but it will be good to watch it on Thursday if I’m not working.”

The show will air at 9pm on the Yesterday Channel on August 29.