Droitwich swimmer Becky Redfern is ready for the Paralympics

DROITWICH swimmer Rebecca Redfern will be going for gold at the Paralympics which are due to start in Tokyo.

She is in Japan ready for the opening ceremony which gets under way tomorrow.

When Becky won gold and became a World Champion at the Para Swimming World Championships in London 2019, she thought it would be one of the final steps in her build-up to Tokyo 2020.

What she did not realise was that she was already pregnant when she swam that race. Baby Patrick was born in July 2020, and given the pandemic and lockdown, it was a hugely difficult experience.

What did work in her favour though was the postponement of the Paralympic Games by 12 months which gave Becky the chance to get back in the pool after the birth and recover her fitness in time.

In the 12 months building up to the rescheduled Tokyo Games, not only did Becky raise a new baby, she also completed a degree at Worcester University. 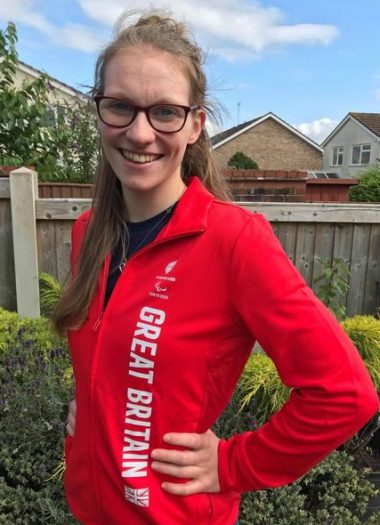 With the final term of school placement deferred until after Tokyo, she completed a dissertation and trained in a temporary swim spa in the back garden at home until Worcester Swimming Club was able to re-open. When that happened, social distancing requirements presented a lack of pool time and space, meaning Becky lost 30 per cent of her usual training hours. The gym at the University was closed and she had to make do with the land training equipment in her garden.

Juggling a baby, University, and swim training would be hard enough for anyone – Becky has to do it with a severe visual impairment which restricts her ability to be fully independent and means she has significant help from her supportive family.

In the past 12 months, the former Droitwich Spa High School student has also visited a number of primary schools to talk to the children about her journey and how, with hard work and dedication, they can achieve their dreams – no matter how many obstacles they have to overcome.

Becky has always worked hard and, as well as being featured in the Standard before, used to deliver the paper in Droitwich. On one occasion prior to the Rio Paralympics she got to deliver a paper which had a large picture of her and accompanying story on the back page.

Dad Steve said: “We are desperately proud of her, she has grown into an amazing young woman and an outstanding mother to Patrick.

“Her commitment and dedication during some really difficult times have been truly inspirational.”

She left for the holding camp in Suzuka in Japan in early August, and has recently moved to the Athletes’ Village in Tokyo for her final preparations.

Her main event, in which she is reigning World Champion, is the SB13 100m Breastroke. The heats for that are at 2.32am on September 1 with the final at 11.09am.