RAIL enthusiast Neil Gordon captured these pictures of the iconic Flying Scotsman as it passed through South Worcestershire on Saturday.

After an early-start from London Paddington, the engine travelled along the former Great Western Railway main route through Berkshire, Wiltshire and Gloucestershire before arriving in Worcester at about 11.50am. 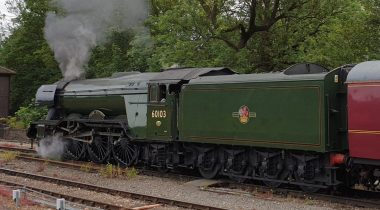 Flying Scotsman about to depart Worcester and head back to London. Picture by Neil Gordon.

On the way back, the Flying Scotsman took in the scenic Cotswold Line through Oxford, then to Evesham and onto Honeybourne before climbing the summit at Campden. This image was captured as the train passed through Fladbury on its way to Evesham. 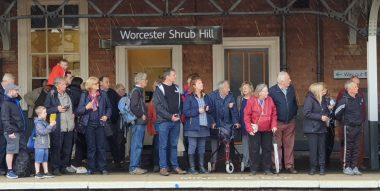 Hundreds of people braved the weather to see the famous locomotive. Picture by Neil Gordon.

It left Worcester at about 4.13pm, reached Didcot at 6.36pm before arriving back in the capital after 8pm to complete a day to remember for residents across the county.

Built in 1923, the Flying Scotsman once served as a long-distance express train in the UK and set two world records for stream traction. 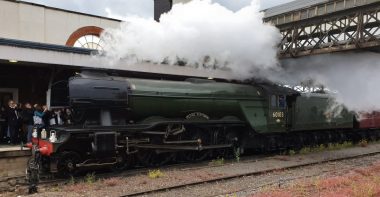 It retired from regular service in 1963 at which time it had travelled over 2million miles.

Over the next decade and a half, the steam train toured extensively through the US, Canada and Australia.

Neil told The Standard: “I was delighted to see this icon locomotive properly for the first time, having only seen it before a long time ago, and then it had been taken apart for major works.

“Scores of people were present, with almost everyone taking photographs or making recordings.

“It was an effortless performance form an almost century-old locomotive.”