THE emergency services have reiterated their warning about driving through floodwaters after a second rescue in the space of a week at Shell Ford.

Fire crews from Droitwich and Pershore and boat crews from Worcester and Evesham were called to the area in Himbleton earlier today to rescue one person from the car. 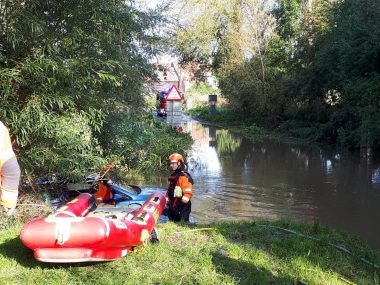 Droitwich Police tweeted a warning about Shell Ford being ‘impassable’.

The message added: “Please do not drive through fords when they are in flood.”

On Tuesday another car was swept away and became submerged by floodwaters at Shell Ford after heavy rain and flash-flooding.