Baker and Collins strike as the two Connor's rescue Spa 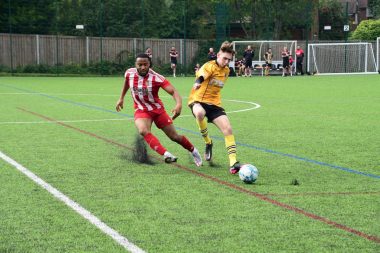 ANDY Crowther’s Droitwich Spa side twice came from behind to rescue a point in last weekend’s 2-2 draw at Team Dudley and maintain their unbeaten start to West Midlands (Regional) Division One.

It was far from a stellar performance at Priory Road, but the Saltmen managed to take something from the game thanks to Connor Collins’ buried an equaliser five minutes from time.

Droitwich fell behind in the opening 20 minutes when Daniel Gyasi snuck the ball past stand-in ‘keeper Ryan Williams, only for Connor Baker to head home a stoppage-time leveller.

Team Dudley came again and restored their lead through Gyasi, prior to Collins’ late heroics.

Baker and Collins strike as the two Connor’s rescue Spa