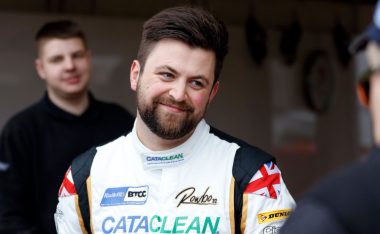 One in and one out at Team Dynamics, as Daniel Rowbottom (pictured) takes the hotseat. Picture: BTCC Media.

VETERAN driver Matt Neal says he will lend his support to the new-look Team Dynamics after confirming he is to take a year out of the sport.

With the 2021 British Touring Car Championship fast approaching, the 54-year-old had been deliberating on his participation in this year’s campaign, but has opted to take a back seat upon the signing of Daniel Rowbottom last week.

Rowbottom, 32, will be getting his second taste of life in the BTCC having previously turned out for Ciceley Motorsport in the 2019 season and returns to these shores after spending last year with Dutch outfit Hendriks Motorsport in the NASCAR Whelen Euro Series.

It is a move which provides a great deal of intrigue for how the team will perform in the new campaign, given the massive shake-up which has seen the familiar duo of Dan Cammish and Neal replaced with Gordon Shedden and Rowbottom this time around.

Neal, however, is upbeat about the Droitwich team’s chances.

“I will still be representing Halfords as a brand ambassador and acting as a mentor, both on and off track, for both drivers,” he said.

“Honda and Yuasa have both decided to focus on different challenges this year, so we have been working hard over the winter to pull a package together that will still see us competing at the sharp end of the grid and ultimately achieve our goals and aspirations – which is winning titles.

“So I’m really excited for the coming season.”

Team Dynamics’ latest recruit is similarly buoyed by what he has seen so far, having also brought along Cataclean as a lead sponsor upon signing, with whom he has existing connections, providing a further boost heading into the new campaign.

“For me this is an absolute dream come true and I’m looking forward to the season ahead,” said Rowbottom.

“This is a great opportunity for me, with a top-flight team and the continued backing of Cataclean.

“I can’t wait to get behind the wheel and see what this car can do, I’ve been studying the data and it looks fast on paper and has proven to be fast on track, so I’m really excited to finally go into testing next month.”